During her takeover of the Tonight Show Starring Jimmy Fallon on Wednesday night in New York, Miley Cyrus and host Fallon decided to go underground — quite literally. Dressing up incognito in wigs, hats, and giant sunglasses, the duo hit Manhattan’s 47-50th Street subway station under Rockefeller Center for a little undercover busking activity with the help of a backup band.

Busting into Dolly Parton’s classic country heartbreak song “Jolene” while Fallon played the tambourine alongside her, Cyrus’s voice drew quite a crowd — even in her disguise. Before long, dozens of onlookers had assembled underground to watch her perform and film her on their phones. (Cyrus is no stranger to “Jolene,” having even sung it before with Parton herself.) As they finished the song to wild applause, Fallon removed his hat and wig and Cyrus did the same, inspiring serious screams from the audience as they revealed their true identities.

“This is my first time at the subway station, this is exciting sh** for me,” Cyrus said to the crowd before launching into a busking version of “Party in the U.S.A.,” her late-2000s hit. Naturally, the crowd knew all the words and eagerly sang along.

Cyrus recently released two new singles, “Malibu” and “Inspired,” in advance of an upcoming album. Both are a musical return to her country roots. 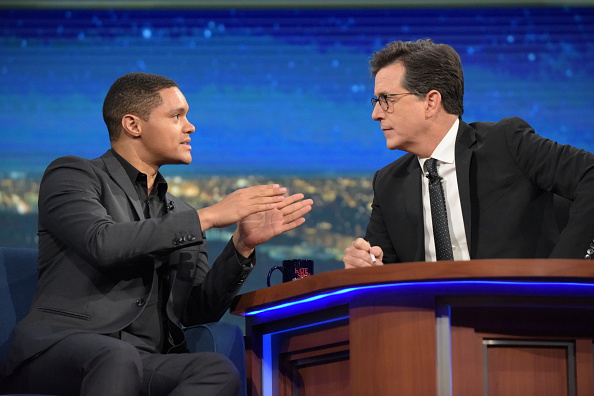 Stephen Colbert and Trevor Noah Came Together to Discuss the Virginia Shooting
Next Up: Editor's Pick