The phone calls between Australian Prime Minister Malcolm Turnbull and President Donald Trump are probably not going to get any better.

During a speech in Australia’s capital city of Canberra on Wednesday evening, Turnbull reportedly imitated the American president and alluded to the investigation into Russian interference in the 2016 election. Nine News in Australia published audio and footage of the event, which typically is kept off the record. Referring to online polls, Turnbull joked, imitating Trump: “They are so easy to win. I have this Russian guy. Believe me, it’s true.”

After the speech, Turnbull called his imitation “affectionately light-hearted,” the BBC reports.

Just days after Trump took office in January, he and Turnbull reportedly reportedly had a testy phone call in which Trump bragged about his election win and abruptly hung up. Trump had slammed the refugee deal organized by the two nations during the Obama Administration, in which 1,250 refugees in Australia could come to the U.S., calling it “the worst deal ever.”

The two leaders met for the first time in New York City in May. “We have a fantastic relationship, I love Australia, I always have,” Trump said at the time. 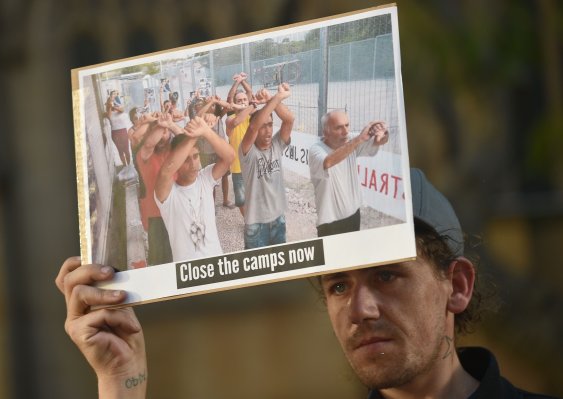