President Donald Trump fought back on Twitter early Thursday morning against a report that the special counsel investigating Russian interference in the 2016 election was investigating him for obstruction of justice.

“They made up a phony collusion with the Russians story, found zero proof, so now they go for obstruction of justice on the phony story. Nice,” Trump tweeted early Thursday morning.

Citing five people briefed on the subject, the Washington Post reported Wednesday evening that Special Counsel Robert Mueller expanded his investigation to include whether Trump has obstructed justice. Mueller took over the investigation after former FBI Director James Comey was fired. At his testimony in front of Congress last week, Comey said he believed Trump fired him as a result of how he was handling the Russia probe.

A spokesman for Trump’s attorney, Marc Kasowitz, questioned the legality of leaking information on the investigation in an interview with TIME, but did not deny the report.

Obstruction of justice is defined as someone who intentionally tampers with or intervenes with an ongoing investigation. At Comey’s testimony in front of the Senate Intelligence Committee last week, the former FBI director said Trump had asked him to stop investigating former National Security Advisor Mike Flynn. Comey did not say whether he thought Trump’s actions constituted an obstruction of justice, but said he was “sure” Mueller would investigate it.

Trump continued on Twitter that people “are witnessing the single greatest WITCH HUNT in American political history” — a claim he has made in the past. 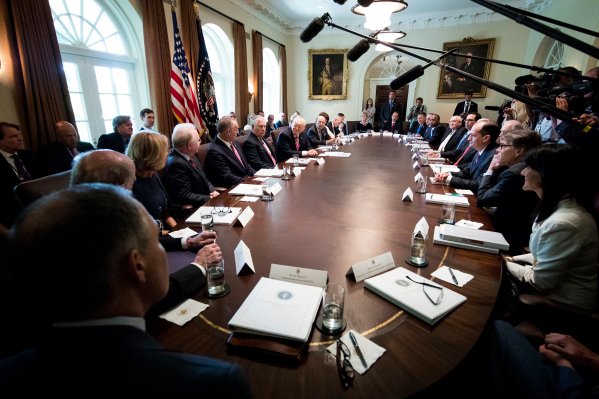 Inside the Uphill Battle to Bring Order to Donald Trump's White House
Next Up: Editor's Pick