Nashville has kept busy and profitable since the 1990s with artists like Toby Keith, Shania Twain and Carrie Underwood ascending to pop-country royalty. All the while, though, another genre has quietly gained traction in rock clubs and indie circuits and on college radio: alt-country, a country-rock hybrid, with roots in the ’60s folk scene.

Never favored on mainstream radio, the alt-country success stories have a few things in common: nonstop touring; a cerebral, sensitive approach to lyrics; and a willingness to experiment in the studio. Three of its top practitioners have new albums this month, each taking a distinctive approach to the form.

Wilco front man Jeff Tweedy has been playing solo shows on and off for the past 20 years, turning the band’s songs, which can be loud and abrasive, into acoustic ditties. Together at Last, out June 23, finds him exploring 11 sparse numbers, mostly from the Wilco catalog, though a few rarities from his side projects show up too. Here, Tweedy’s intimate versions of rocking fan favorites like “I Am Trying to Break Your Heart,” from Wilco’s acclaimed 2002 breakout Yankee Hotel Foxtrot, and “I’m Always in Love,” from 1999’s Summerteeth, make the case that new spins on oldies can be a welcome change.

Crack-Up, out June 16, is the third album from indie-folk band Fleet Foxes, a five-piece group that broke out in 2008 with a self-titled debut album. This decade they’ve proceeded with caution. Front man Robin Pecknold relocated from the Pacific Northwest to New York City, where he’s spent time studying English at Columbia University. Musically, Crack-Up sounds a lot like its predecessors, with a bit of a Byrds-meets-Crosby, Stills & Nash vibe running throughout. But dig deep and you’ll hear new little flourishes, like gentle waves, background chatter and handclaps in the multipart opener “I Am All That I Need/Arroyo Seco/Thumbprint Scar.” The music here is familiar, but the stories are the most challenging of the band’s career to date. And Pecknold has put those English classes to use: the album’s title is inspired by a 1936 F. Scott Fitzgerald essay published in Esquire.

Nashville songwriter Jason Isbell has gained a passionate following as a triple threat: he’s a gifted songwriter, with an angelic voice, and a killer guitar player. Isbell, a former member of Drive-By Truckers, has begun racking up awards. His 2015 release, Something More Than Free, won two Grammys, including Best Americana Album. The Nashville Sound, out June 16, has Isbell reuniting with his current band, the 400 Unit, with many moods on display in both sound and subject. The album opens with “Last of My Kind,” an acoustic ballad about a guy feeling out of place in the world. From there, Isbell wonders about the emotions one has when a life partner dies first on “If We Were Vampires,” and he examines his post-Trump election blues on the dirgy-rock song “White Man’s World.” And if anything depicts the state of the world today, it’s Isbell’s ode to mental health, “Anxiety,” on which he sings, “Even with my lover sleeping close to me, I’m wide awake and I’m in pain,” amid fiery guitar chords.

Overall, these aren’t albums making any points about today’s rough-and-tough cultural climate. It’s not a red-state-vs.-blue-state approach, or mainstream-vs.-alternative. These are products of songwriting veterans who know their way around the studio and are able to create a timeless feel in their music.

Alt-country is not a clear-cut genre in the way it was years ago, but these three acts have continued down the path that they (and their fans) are comfortable with. Those who haven’t adapted to the playlist era will be especially stoked–because these are albums made for listening to from start to finish, like in the good ol’ days. 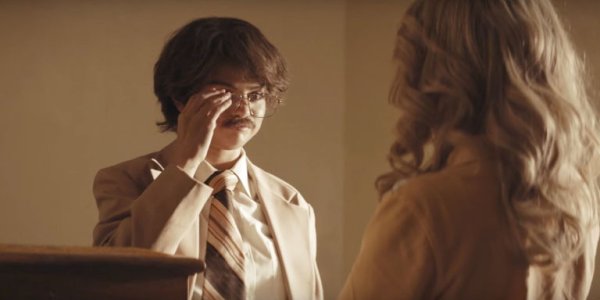 Selena Gomez Has Many Personalities in New "Bad Liar" Video
Next Up: Editor's Pick