When Is a Bubble Not a Bubble? Why This Tech-Stock Boom Is Different

Despite a mid-June swoon, technology stocks are off to the races again. And many investors believe that 15 years after the tech wreck that ended in 2002, things really are different this time. They may well be.

For one thing, “today’s tech companies do have earnings and sales,” says Pankaj Patel, head of quantitative research at Cirrus Research. “We’re not just valuing businesses on eyeballs.”

And yet … investors did recently make Tesla, a profitless Silicon Valley company, the most valuable automaker in the country, surpassing the $52 billion market cap of General Motors.

O.K., but stocks haven’t soared to ridiculous heights as they did in the late 1990s.

This is true too. Following a pullback after Apple shares were downgraded, tech stocks have returned about 17% a year for the past five years–well shy of the 50% annualized gains they posted in the late 1990s.

And yet … the four sexiest names in the sector–Facebook, Amazon, Netflix and Google (now Alphabet), known as the FANG stocks–have soared 1,200% on average during this bull market. And those four stocks plus Apple and Microsoft are now collectively valued at more than the gross domestic product of the United Kingdom.

Nevertheless, “we’re not seeing anywhere near the froth that we’ve had in bubbles past,” says Kevin Landis, CEO of Firsthand Capital Management.

Again true. In 2000, just before the dotcom bubble burst, Nasdaq stocks traded at a staggering price-earnings ratio of 175. Today it’s 56.

And yet … several of the most popular tech names sport triple-digit P/E ratios, including Netflix at 197 and Amazon at 182. “Valuations aren’t as high as they were in 2000, but that doesn’t mean they’re sustainable,” says Rob Arnott, chairman of the investment firm Research Affiliates.

Well, at least tech stocks aren’t playing games by constantly splitting their shares to make themselves more appealing to small investors. In fact, the opposite strategy is in vogue today. Hot stocks build buzz not by splitting but by allowing their shares to grow to lofty heights. Just recently, Alphabet and Amazon became two of a dozen or so U.S. companies trading at more than $1,000 per share–joining Priceline, which is approaching the $2,000 mark.

To be fair, there are legitimate differences between the late ’90s tech run and today’s market. “Back then, we were in the earliest stages of the Internet and it was unclear who the winners were going to be,” says Michael Lippert, manager of the Baron Opportunity Fund, which holds more than 40% of its assets in tech shares.

“If you look at the world today, most of the leaders have lots of recurring revenues” based on the services they provide, he says. These companies include Facebook, Amazon, Netflix and Alphabet, which are among Lippert’s top holdings.

Even after their recent sell-off, tech shares represent nearly one-quarter of the S&P 500. (During the dotcom bubble, they represented more than one-third of the broad market, according to Howard Silverblatt, senior index analyst at S&P Dow Jones Indices.)

In real terms, though, tech is just as influential as ever. So far this year, the FANG stocks, plus Apple and Microsoft, accounted for one-third of all the gains of the U.S. stock market.

As for the longer-term concerns about tech, here’s one indicator to watch closely: the 10-year anniversary of Apple’s iPhone. “What happens if the next iPhone that gets released is a snoozefest?” asks Landis.”That will be one of the signs that you should start worrying.” 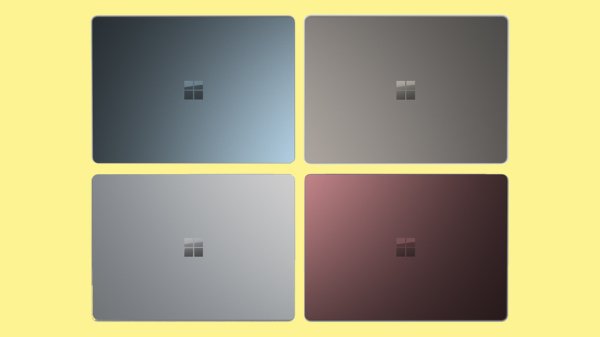 Review: Microsoft's First Laptop is Beautiful, But Has One (Fixable) Flaw
Next Up: Editor's Pick