“Gold-plated swamp.” That’s how Byron Nelson of Laguna Beach, Calif., summed up the conflicts of interest posed by the Trump International Hotel in Washington, as outlined in TIME’s June 19 cover story. And Caroline Van Antwerp of Holland, Mich., predicted a populist revolt: “The kind of flaunted excess and luxury displayed in this article have–in other places and times–led to revolutions with the ‘peasants’ wielding pitchforks in the streets.” Ronald J. Price of Sebring, Ohio, argued, however, that a President who’s also a businessman is “exactly what this country needs at this particular time in history,” while other readers called for a similar look at the Clinton Foundation.

Readers noticed historical and modern-day parallels in Simon Shuster and Alec Luhn’s June 19 profile of the generation of children born under Russian President Vladimir Putin. Jeff Schoenwald of Thousand Oaks, Calif., said reading about Russian youths “seeking, in their rebelliousness, more truth, honesty and personal freedom in the demise of the media-controlling kleptocracy” reminded him of TIME’s April 10, 1989, special issue on the new USSR (specifically a story about suppressed Muslims rising up in the Soviet Union’s “stan” states). Meanwhile, Pam Taylor of Zeeland, Mich., and Marjorie McNeil of Evans, Ga., said the quote from Putin adviser Gleb Pavlovsky–“Putin’s whole system of management is based on the sale of loyalty”–reminded them of former FBI director James Comey’s testimony about President Trump.

Almost exactly a year ago, Kaliesha Andino invited her childhood friend Luis Omar Ocasio-Capo to go dancing at the nightclub Pulse. It was June 12, 2016, the same night Omar Mateen entered the Orlando club and began firing bullets, killing 49 people and injuring 53 in what became the deadliest shooting in U.S. history and the worst terrorist attack since 9/11. Andino was shot in her back and arm, and survived only after she ducked behind the bar. Ocasio-Capo, just 20, became one of the youngest people killed. Photographer Preston Gannaway has followed Andino in the year since the shooting, to document her grief and recovery in a photo-essay. “I’m still going to college, and one day I want to own my own business,” says Andino, who has had multiple surgeries since that night. “What happened to me is not [going to] stop me from becoming somebody in this world.” 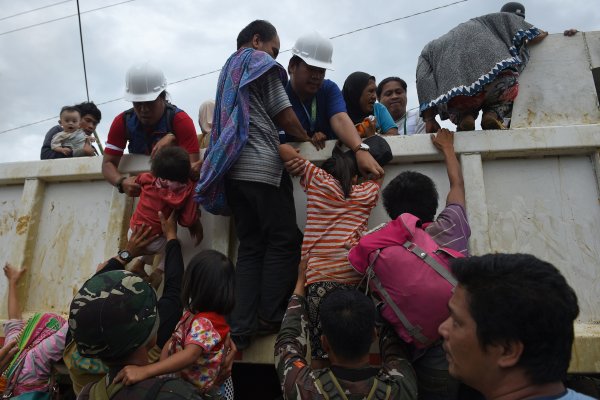