On TNT's New Soap, Utopia Among the Manicurists

No guff taken: Nash (center) and Tran (far left) have their talons out
TNT
By Daniel D'Addario

“Happy new year,” reads the sign outside the Nail Artisan of Manatee County. Our gels last till Black History Month. The salon, run by bighearted Desna (Niecy Nash), carries that tone through each stroke of varnish. Its employees, even as they might wish for a more upscale shop, take pride in the quality of their work, to which they bring wit and flair. On Claws, TNT’s new soap, set on Florida’s Gulf Coast, this beauty shop is the ultimate refuge.

It’s a necessary one as, unsurprisingly, men begin to cause problems. Desna, who launders money for the local mob, is having an affair with one of its junior capos (Jack Kesy)–as is one of her junior beauticians, the haughty Virginia (Karrueche Tran), who lives on vending-machine pork rinds and contempt. Despite this vexed love triangle, the salon’s entanglement with the mob forces cooperation between the two women. It’s a pairing of convenience that nevertheless shows how powerful it can be when women team up.

Kesy’s Roller isn’t much of an adversary. But playing his boss, Uncle Daddy, Dean Norris brings real menace to a cartoonish role. Uncle Daddy wears big chains and slurs drunkenly in a Creole accent. His violent impulses seem, at first, like slapstick. But soon his malevolent power oozes off the screen like a dripping bottle of Revlon ColorStay.

Claws walks a tightrope throughout. Its outlandish Spring Breakers–esque story, nourished by the heat of its setting, is bolstered by real and committed performances. It’s a step forward for an increasingly ambitious network previously known for procedurals. Nash, overdue for a role that will vaunt her onto TV’s A-list, brings humanity to a story that too easily could have been featherlight. When she’s caring for her special-needs adult brother (Lost‘s Harold Perrineau), you see she’s gaming the system for something more important than profit or thrill.

Indeed, the most virtuosically applied color in Nash’s palette is weariness. “There’s nothing in this world quite as useless,” she tells a client, “as a useless man.” Not only do useless men sow the violence Desna and Virginia survive with appealing wiliness, they also don’t understand the artistry that goes into a great manicure. 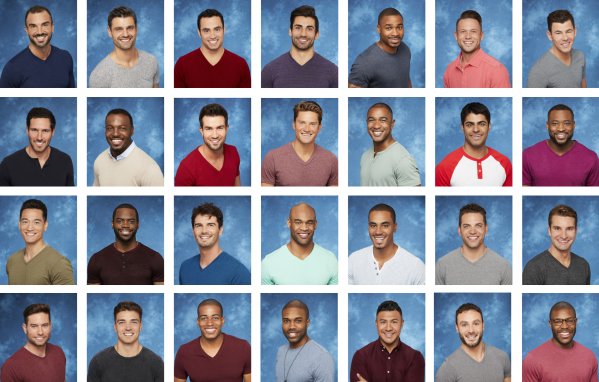 The Trouble With The Bachelorette (This Time)
Next Up: Editor's Pick