Middle East Rifts Are Widening Amid a Global Power Vacuum

President Donald Trump and Saudi's King Salman bin Abdulaziz al-Saud pose for a picture with leaders of the Gulf Cooperation Council in Riyadh on May 21, 2017.
Mandel Ngan—AFP/Getty Images
By Ian Bremmer

The lack of clear, uncontested international leadership is everywhere we look these days. This power vacuum is evident in the hollowing of the Western alliance, Europe’s fragmenting politics, the fast-shifting balance of power in Asia and the impotence of governments in Latin America and Africa. Yet nowhere is the destabilizing impact of this trend more obvious, and pressing, than in the Middle East.

Last week’s unprecedented move by Saudi Arabia, the UAE, Egypt and Bahrain to sever all ties with nominal ally Qatar over its more accommodating approach to Iran and support for Islamist group the Muslim Brotherhood has already inflicted irreversible damage. Saudi Deputy Crown Prince Mohammed bin Salman, a likely future King, has again demonstrated his willingness to aggressively assert Saudi leadership in the region while trying to isolate Iran. President Donald Trump has jettisoned Barack Obama’s attempt to balance the region’s rivalries and is fully onboard with the Saudi show of strength. Qatar, a member of the Saudi-led Gulf Cooperation Council, is now isolated from its Arab partners. The tiny emirate is wealthy enough to get by, but it’s still home to the largest U.S. military base in the Middle East and can’t fully partner with Iran.

In a superpower-dominated world, one in which Washington was willing to assert its power to bolster regional stability, U.S. officials could solve this problem by telephone. In a G-7-dominated international system, diplomatic mediation could be coordinated among like-minded, cooperating governments. Instead, everyone is positioning and pushing, and no one is listening. The Kuwaitis, Omanis and Russians have all established separate tracks, but their interests don’t align, and their efforts aren’t likely to succeed. The U.S. is involved as well, but Trump publicly contradicted a call by his Secretary of State Rex Tillerson for the Saudis to ease tensions, and no one in the region knows whom to listen to. Turkey will try to tighten diplomatic and military ties with Qatar, but that will only anger the Saudis.

This disorder bodes ill for how the region’s major powers will compete in Iraq and Syria once ISIS has been defeated, especially now that the group has proved itself willing to attack inside Iran, as its foot soldiers did on June 7. The Saudis will continue to fear an alliance of Shi’ite-led Iraq with Iran, and Iran will work harder to counter Saudi-led Sunni dominance throughout the region. The result of all this will be more uncertainty, more assertive behavior, more lines crossed and rising fears that no one has the power to contain the risk of new forms of Middle East conflict. 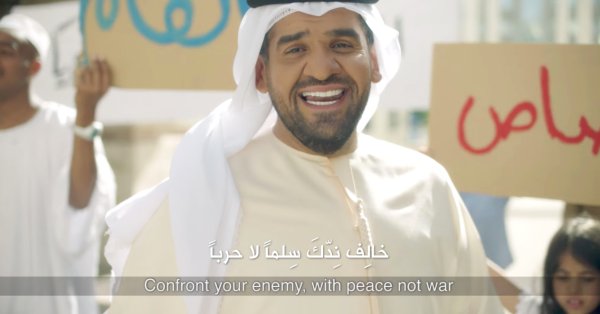 This Kuwaiti Anti-Terror Ad Is Going Viral in the Middle East
Next Up: Editor's Pick