The U.S. has agreed to sell $12 billion worth of F-15 fighter jets to Qatar, as a crippling diplomatic row continues between the resource-rich Gulf state and several of its neighbors.

A Pentagon spokesperson reportedly said in a statement that the sale is intended to equip Doha with “state of the art capability and increase security cooperation and interoperability” between the U.S. and Qatar, CNN reports.

U.S. Secretary of Defense James Mattis met with his Qatari counterpart Khalid al-Attiyah Wednesday to discuss finalizing the agreement, according to CNN. The pair reportedly discussed “mutual security interests” such as combatting the Islamic State group (ISIS) and “de-escalating tensions” among Gulf states.

Qatar has been locked in a diplomatic spat with eight of its neighbors — including Saudi Arabia, Bahrain and the United Arab Emirates — for more than a week. Transport, trade and diplomatic ties have been severed over claims that Doha’s alleged support for terror groups was destabilizing the region.

Read More: The Qatar Rift Is the Middle East’s ‘Trump Effect’ in Action

Qatar is vital to American military interests in the Middle East as it hosts the largest U.S. air base in the region, from which the U.S.-led coalition air campaign against ISIS is conducted.

The new aircraft deal is the latest in a series of somewhat mixed messages from Washington about how to resolve the Gulf’s diplomatic standoff. President Donald Trump has suggested that he supports isolating Doha, while Secretary of State Rex Tillerson has urged Qatar’s neighbors to end the blockade. 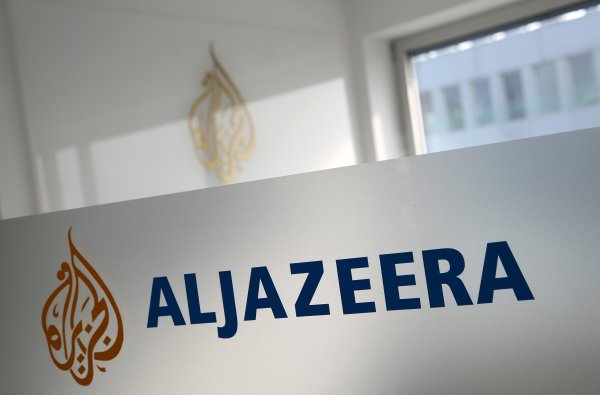 Al Jazeera Says It's Facing a Large-Scale Cyber Attack
Next Up: Editor's Pick