Uber Director Resigns After Making an 'Inappropriate' Comment About Women

(SAN FRANCISCO) — Uber Technologies Inc director David Bonderman said on Tuesday that he has resigned from the company’s board following a remark he made during an Uber staff meeting that was widely seen as offensive to women.

Bonderman’s ill-timed remark came during an all-staff meeting Tuesday to discuss of how the ride-services company plans to transform itself following a probe into sexual harassment at the company.

Bonderman said in a statement sent to Reuters that he did not want his comments to create distraction for Uber, which is working to rid its culture of sexual harassment and discrimination.

His resignation from the board is effective Wednesday morning.

During Tuesday’s meeting, Uber board member Arianna Huffington spoke to employees about the importance of adding more women to the board of directors.

In response, Bonderman said: “Actually, what it shows is that it’s much more likely to be more talking.”

The comment was disclosed through a recording of the meeting that was published by Yahoo. An Uber spokesman verified the authenticity and accuracy of the recording.

Bonderman, who is a founder of private equity firm TPG Capital, an Uber investor, shortly after wrote an email to Uber staff to apologize.

In his resignation statement that followed on Tuesday evening, Bonderman reiterated his regret, calling his remarks “careless, inappropriate, and inexcusable” and “the opposite of what I intended.”

“I take full responsibility for that,” he said. “I need to hold myself to the same standards that we’re asking Uber to adopt.”

Bonderman and other board members had joined Tuesday’s staff meeting to lay out recommendations from an investigation into sexual harassment, diversity, inclusion and other employee concerns led by former U.S. Attorney General Eric Holder.

Holder’s law firm was retained by Uber in February after former Uber engineer Susan Fowler wrote a public account of her time at the company, which she said was marred by sexual harassment and an ineffective response by management.

The recommendations, which were unanimously adopted by the board on Sunday, call for reducing Chief Executive Travis Kalanick’s sweeping authority at the firm and instituting more controls over spending, human resources and the behavior of managers. 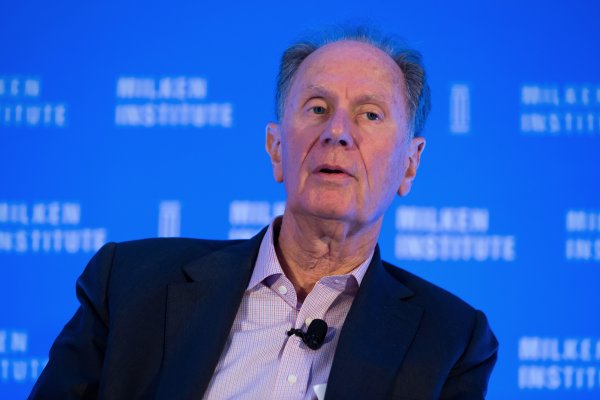 Uber Board Member Apologizes for 'Disrespectful' Joke About Women at Sexual Harassment Meeting
Next Up: Editor's Pick