Attorney General Jeff Sessions said during new sworn testimony that he has never received a briefing on Russian attempts to interfere in the 2016 U.S. election.

“It appears so, the intelligence community seems to be united in that,” Sessions said Tuesday before the Senate Intelligence Committee, in response to a question from Maine Senator Angus King about whether Russia worked to influence the election. “But I have to tell you Senator King, I know nothing but what I’ve read in the paper. I’ve never received any detailed briefing on how hacking occurred or how information was alleged to have influenced the campaign.”

King asked Sessions, now the top law enforcement officer in the country, to confirm that he never received any briefing on the Russian measures in the election. “No, I don’t believe I ever did,” Sessions replied.

Sessions, a former senator and Trump campaign aide, has recused himself as attorney general from investigation into the Trump campaign’s possible connections to Russia. 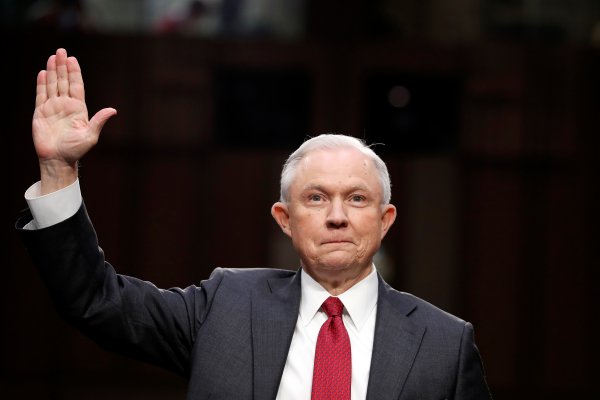