“Let me state this clearly: I have never met with or had any conversations with any Russians or any foreign officials concerning any type of interference with any campaign or election,” Sessions said under oath Tuesday afternoon. “Further, I have no knowledge of any such conversations by anyone connected to the Trump campaign. I was your colleague in this body for 20 years, and the suggestion that I participated in any collusion or that I was aware of any collusion with the Russian government to hurt this country, which I have served with honor for over 35 years, or to undermine the integrity of our democratic process, is an appalling and detestable lie.”

Speaking before the Senate Intelligence Committee, Sessions specifically said he did not have any private meetings or recall any private conversations with Russian officials at the Mayflower hotel, which investigators had reportedly been looking into.

Sessions also clarified his role in firing former FBI Director James Comey in light of his recusal from the Russia investigation, which President Trump has said was a factor in Comey’s ouster. Sessions said he has “no knowledge about this investigation beyond what has been publicly reported,” and that he recused himself not because of any “asserted wrongdoing” on his part, but because a Department of Justice regulation requires recusal into an investigation of a campaign if a DOJ employee served as an advisor on that campaign.

“The scope of my recusal, however, does not and cannot interfere with my ability to oversee the Department of Justice, including the FBI,” Sessions said. “It is absurd, frankly, to suggest that a recusal from a single specific investigation would render an Attorney General unable to manage the leadership of the various Department of Justice law enforcement components that conduct thousands of investigations.” As such, he said he did offer his opinion to Trump that Comey should be fired: “It was my best judgment that a fresh start at the FBI was the appropriate thing to do, and when asked, I said that to the president.”

In the course of questioning, Sessions confirmed elements of Comey’s testimony from last week. He did not dispute that Comey met privately with Trump in the Oval Office in February or that Comey expressed concerns about the conversation to him the next day, although he said Comey didn’t share details about the conversation. “It didn’t seem to me to be a major problem,” Sessions said of the FBI director being alone with the president. “I knew Director Comey, [with his] longtime experience in the Department of Justice, could handle himself.”

And Sessions said he could not shed light on a question Trump has been dangling over the public about the meeting with Comey and others: whether there are secret Oval Office recordings. “I do not know,” Sessions said when asked about the existence of tapes.

While Sessions touched on these aspects of Comey’s private meeting with Trump, he refused to comment on the content of almost any of his own communications with the president. New Mexico Sen. Martin Heinrich accused him of “obstructing” the congressional investigation, California Sen. Kamala Harris tried to pin him down on which policy allowed him to not answer teh questions, and Oregon Sen. Ron Wyden complained he was “stonewalling.”

“I am following the historic policies of the Department of Justice,” Sessions replied to Wyden. “You don’t walk into any hearing or committee meeting and reveal confidential communications with the president of the United States, who’s entitled to receive confidential communications and your best judgment about a host of issues, and after be accused of stonewalling for not answering them.”

Sessions, who asked for Tuesday’s hearing to be public, appeared angry and adamant at moments before the Intelligence Committee after weeks of speculation and news reports about his connection to Russia and role in the Trump Administration.

“This is a secret innuendo being leaked out there about me,” Sessions said, almost yelling in a heated exchange with Wyden about Comey saying there were things he couldn’t discuss publicly about his recusal. “I don’t appreciate it.” 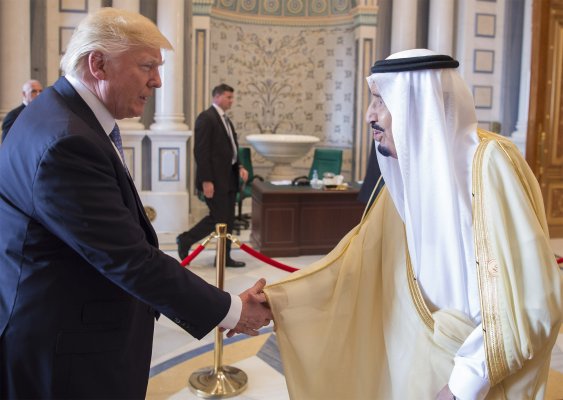