Catholics Should Accept and Love All LGBTQ People

A participants holds a rainbow flag during the gay and lesbian pride parade in the center of Madrid on June 30, 2012
Pedro Armestre—AFP/Getty Images
Ideas
By James Martin
James Martin, SJ, is a Jesuit priest, editor at large of America and author of the new book Building a Bridge: How the Catholic Church and the LGBT Community Can Enter into a Relationship of Respect, Compassion and Sensitivity

Last year, a gunman stormed into the Pulse nightclub in Orlando, a place frequented by many in the gay community, and killed 49 people. It was the largest mass murder in US history. In response, many religious leaders expressed sympathy for the people of Orlando, as well as for the LGBTQ community.

Many Catholic leaders did the same. But of the over 250 Catholic bishops in this country, only a handful mentioned the words gay or LGBTQ. It was as if speaking those words would signal a tacit approval of a group that the Catholic Church has long held at arm’s length.

To me, it was a confirmation of what many Catholics already knew: There is no group more marginalized in the church today than the LGBTQ community. Even in death they remained invisible.

In my almost 30 years as a Jesuit, I have heard the most appalling stories of LGBTQ people being ignored, excluded and insulted by the church. Last week I received a message from someone who said that a gay friend of hers was dying in a hospice in the Southwest US. Did I know, she wondered, a priest who would pray with him? The priest assigned to the hospice, she said, was refusing to. Because he was gay.

How unchristian this is! And how unlike what Jesus would want us to do.

In some parts of the Gospels, Jesus’s actions remain somewhat mysterious. Or open for interpretation. And the question “What would Jesus do?” can occasionally be hard to answer. But one thing about his ministry is clear: Jesus continually reached out to people who were on the margins of society–men and women who were ignored, excluded and insulted. Much like LGBTQ people are today.

The Gospel of Luke recounts the story of Zacchaeus, the chief tax collector in the ancient city of Jericho. In that time and culture, because he would have been colluding with Rome, he would also have been seen as the “chief sinner” in the city. Zacchaeus, described as “short in stature,” climbs a sycamore tree to “see who Jesus was,” as the miracle worker from Nazareth passed through his town.

When Jesus spies the tax collector perched in the tree, he doesn’t shout out, “Sinner!” He says something more surprising. “Hurry and come down,” says Jesus, “for I must stay at your house today.”

What’s he doing? He is offering Zacchaeus a public sign of welcome.

The townspeople “grumble,” the Gospel tells us. They don’t like what Jesus is doing. In response, Zacchaeus “stands his ground” and says he will repay all his debts. So for Jesus, it is usually community first, conversion second. Welcome comes first.

Catholics are growing in their recognition of the need to welcome their LGBTQ brothers and sisters. Why? Mainly because more of their family members and friends are coming out, and being open about their sexuality and identity. A few decades ago many Catholics would have considered themselves “safe” from the “problem” of LGBTQ people. No longer.

A few months ago, after a talk at Yale University’s Catholic Center, an elderly woman approached me. With white hair and a twinkle in her eye, she looked like the quintessential grandmother. I had just given a lecture on a book I had written on Jesus, so I thought that she would say something like, “I just made a pilgrimage to the Holy Land.” Or “Let me tell you my favorite Gospel passage.” Instead she said something surprising.

“Father,” she said, “my grandchild is transgender, and I love her so much. All I want for her is to know that God loves her, and that she’s welcome in our church.”

A few years ago, her grandchild may never have shared that with her. So for this elderly woman the issue of LGBTQ people might have remained one that did not touch her life. But today more and more Catholics are affected.

This means that ministering to LGBTQ Catholics means ministering not simply to the relatively small percentage of Catholics who are lesbian, gay, bisexual or transgender, but to a whole constellation of people touched by the issue: grandparents and parents, aunts and uncles, sisters and brothers, college roommates, coworkers, friends and fellow parishioners.

Why should Catholics accept and love LGBTQ people? For countless reasons, but let me suggest three. First, they are our brothers and sisters. Second, Jesus would ask us to reach out specifically to those who feel they are on the margins, and today this means LGBTQ person. 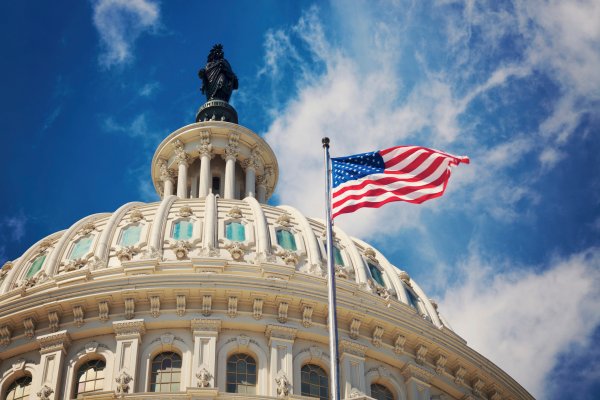 This Is Why Women Don’t Run for Office
Next Up: Editor's Pick