Metroid Prime 4 confirmed as in the offing for the Nintendo Switch not enough to slake your thirst for all things Samus Aran? How about a full-flown traditional Metroid game for the Nintendo 3DS, coming to the handheld later this year?

Nintendo unveiled the unexpected title with a world premiere trailer during its Nintendo Treehouse segment, following its E3 Nintendo Spotlight. The game—a reimagined version of the 1991 Game Boy game Metroid II: Return of Samus—is a rethink of the old-school, 2D side-scrollers that so defined the series.

On the upper screen, players control Samus, who can run, jump, flip and morph into a movable sphere, while on the bottom screen, a map keeps tabs on progress through the game’s labyrinthine nether regions. Old-school Metroid was about fastidious exploration to unearth every last orthogonal sector, whether tucked behind false walls or passable only by wielding special weapons, and that still looks center-stage here. Nintendo says the game will also include a 360-degree free aim mode, melee counters and special energy draining powers.

And just like that, Metroid is back—not just for one Nintendo platform, but two. 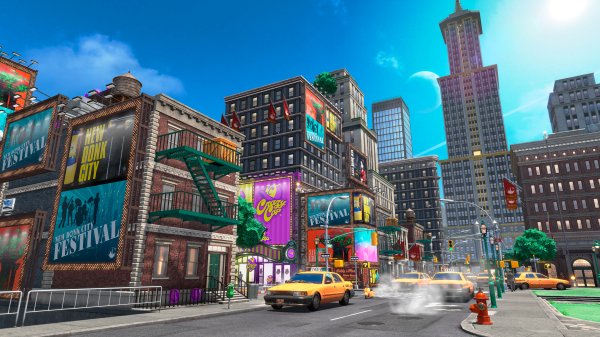 10 Things Nintendo Told Us About 'Super Mario Odyssey'
Next Up: Editor's Pick