Chrissy Teigen may be one-half of one of entertainment’s most enviable couples alongside Tony winner John Legend, but that doesn’t mean she has ideal dating advice for singles.

In a prank video made with writer Derek Blasberg for a series for Vanity Fair, the model, cookbook author, and Twitter queen secretly fed lines to a speed dater via an invisible earpiece — to hilariously awkward results for all parties involved.

Props go out to her willing subject, Jonathan, for accepting her cringe-worthy stage directions in stride. At different points, Teigen insisted that Jonathan ask his unwitting speed date companions to let him try on their earrings, to tell him about the times they’ve said “I love you,” and to touch each other’s hair while commenting on the date’s strong jaw and the potential appearance of their future children together. And that was just a warm-up.

By the third speed dating victim, Teigen was really on a roll, instructing Jonathan to kick off by telling the new man, “I like you physically. Let’s get mental.” She followed that up with, “What’s the weirdest thing about you?” and then directed that he tell the near-stranger that they should be together. While these are strong moves, they’re not for the faint of heart. Probably don’t try Teigen’s zany pick-up line suggestions at home, or at a bar when you’re looking to hit it off with a new paramour. But if you’re looking to get “mental,” check out her approach to love, above. 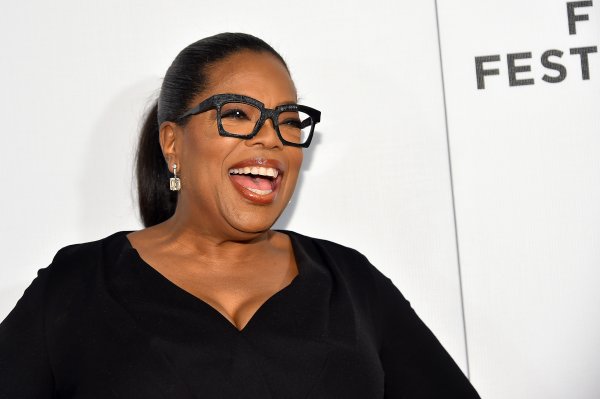 Oprah Winfrey: 'I Will Never Run for Public Office'
Next Up: Editor's Pick