Chris Harrison Speaks Out About Bachelor in Paradise: 'There's a Lot of Misinformation Out There'

Chris Harrison is addressing the recent scandal that took place in Paradise.

After news broke on Sunday that filming on the fourth season of Bachelor in Paradise had stopped due to what the production company called a “misconduct,” the longtime ABC host has released a statement, which PEOPLE has obtained.

“By now, no doubt, you have heard that we have suspended production on this season’s Bachelor in Paradise. I can confirm to you that this is sadly the case. Out of respect to all involved, there’s only so much I can and will say at this time. Normally with a situation like this I would not say anything until the incident is fully resolved, but with all the rumors and misinformation being put out there, I don’t find that to be possible anymore,” Harrison’s statement begins.

“Let me start by saying the safety and care of the cast and crew of our show is of the utmost importance to us. It is with this thought in mind that we made the decision to suspend filming. An investigation into the situation was started immediately,” the statement continues. “Warner Bros. is handling the details of that investigation. They’re moving quickly to gather all the facts, and once that’s done, a clear, concise decision can be made about where we go from here.”

“There are a lot of competing details in the various press accounts of the incident. And there’s a lot of misinformation out there too. We urge everyone to be patient until the investigation is complete,” his statement reads.

The statement concludes: “I know in this day and age we want — and even expect — immediate answers, but in this case, it’s just not possible. So again, I urge you to please be patient and respect the privacy of the parties involved. I will keep you as informed and up to date as I possibly can. We’re sorry for any inconvenience and disappointment this may have caused the cast, the crew and our loyal fans. It is my sincere hope that we can come to a quick resolution on this and get back to work very soon.”

On Monday, two sources confirmed production was suspended after a producer raised concerns about an alleged sexual encounter between contestant DeMario Jackson, 30, and a female cast mate, both of whom had reportedly been drinking heavily all day. (No charges have been filed, and neither party has spoken out publicly about what happened.).

“We have become aware of allegations of misconduct on the set of Bachelor in Paradise in Mexico,” Warner Bros. said in a statement released Sunday. “We have suspended production and we are conducting a thorough investigation of these allegations. Once the investigation is complete, we will take appropriate responsive action.”

According to a source close to production, “It’s just an internal investigation.”

“There are no authorities involved, no law enforcement but the incident was flagged internally and they take these matter seriously, so they’re looking into it,” the source said. “But Bachelor in Paradise will not be resuming — this summer at least.”

The cast was spotted at the airport on Sunday flying out of Puerto Vallarta, near the filming location.

Fan-favorites like Corinne Olympios from Nick Viall‘s season, Amanda Stanton from Ben Higgins‘ season and Robby Hayes from JoJo Fletcher‘s season were set to return to the show this year.

ABC first premiered Bachelor in Paradise in 2014. Every summer since, the network has shipped in Bachelor and Bachelorette alums to a beachside house in Mexico. The initial cast starts with an uneven number of men and women, and at the end of the week, they pair up during a rose ceremony, which determines who from the outnumbered group will be going home. Each week, the show brings in more contestants, which flips the rotation.

In situations of alleged sexual misconduct, PEOPLE declines to name the alleged victim without their consent. 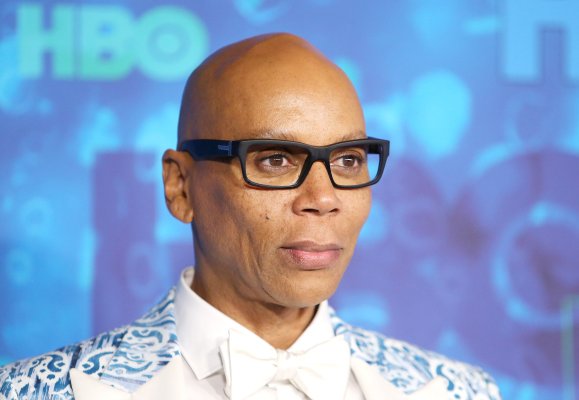 RuPaul on Identity in the Trump Era: ‘Don’t Pick Battles With Your Allies’
Next Up: Editor's Pick