Nintendo Just Confirmed 'Metroid Prime 4' Is Coming to the Switch

It was bound to happen sooner or later, but now we know for sure: Metroid Prime 4 is in development for the Nintendo Switch, the company revealed in its E3 Nintendo Spotlight on Tuesday.

The last traditional Metroid Prime game, Metroid Prime 3: Corruption, was released nearly a decade ago for the Wii. Nintendo put out a compilation in 2009 that bundled all three Metroid Prime games together with updated controls and gameplay, and partnered with Team Ninja on an action-adventure dubbed Metroid: Other M in 2010. The company released a 3DS cooperative first-person shooter last year that bore the franchise name, Metroid Prime: Federation Force, but the response was mixed.

Update: Nintendo isn’t going into detail about the game just yet, only saying that its release is “beyond 2017,” that its development is being headed by longstanding Metroid Prime series producer Kensuke Tanabe, that it will be a “first-person adventure going back to the roots of the original Metroid Prime,” and that Tanabe is working with a new development team on the project.

Will that team be a subset of Metroid Prime mainstay Retro Studios? Nintendo didn’t specify. Retro’s last game was Donkey Kong Country: Tropical Freeze, a side-scroller that arrived in 2014 for the Wii U. Series producer Kensuke Tanabe told GameSpot then that Retro was working on a new game. Could this be it? We’ll see. 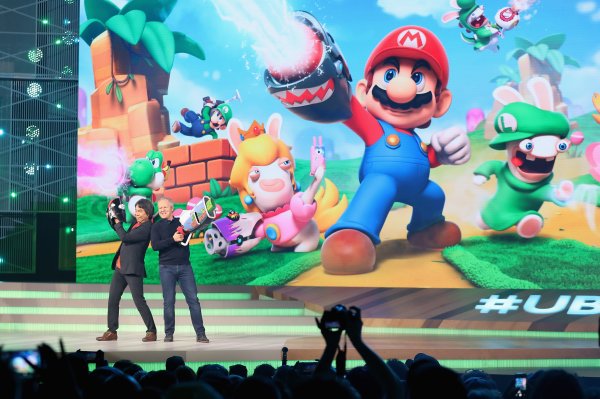