Apple Just Confirmed Rumors It's Working On Something Huge

Cook hinted that there are applications for Apple’s technology besides powering self-driving cars: “Clearly one purpose of autonomous systems is self-driving cars,” he said. “There are others.”

The revelation comes after rumors have circulated for years about Apple’s plans to expand more deeply into the car market. The initiative, said to be called Project Titan, was reportedly launched in 2014. Earlier reports, such as one from The Wall Street Journal, suggested that Apple was planning to develop its own electric car by 2019. But late last year, Bloomberg reported that the company switched its focus to the underlying technology that powers self-driving cars, rather than building its own vehicle from scratch.

While it’s unclear if and when Apple’s technology will be on the road, the company has already been testing its systems in public areas. The iPhone maker obtained a permit in April to try out three driverless SUVs on California streets, Bloomberg also reported.

Cook didn’t disclose any additional details about the Apple’s efforts. “We’ll see where it takes us,” he said during the interview. “We’re not really saying from a product point of view what we will do.”

Apple executives have hinted at the company’s interest in the past. Jeff Williams, Apple’s chief operating officer, called the car “the ultimate mobile device” in a 2015 interview at Recode’s Code Conference, for instance.

Cook’s comments come as companies like Alphabet’s Waymo and Uber are also racing to establish themselves as leaders in the emerging autonomous vehicle market, which could be worth $7 trillion by 2050, according to a report from Intel and Strategy Analytics. It also comes at a time when Silicon Valley companies are scrambling to compete in the lucrative and burgeoning field of artificial intelligence, which Cook called a vital part of self-driving car development.

“We sort of see it as the mother of all AI projects,” Cook said during the Bloomberg interview. “It’s probably one of the most difficult A.I. projects to actually work on.” 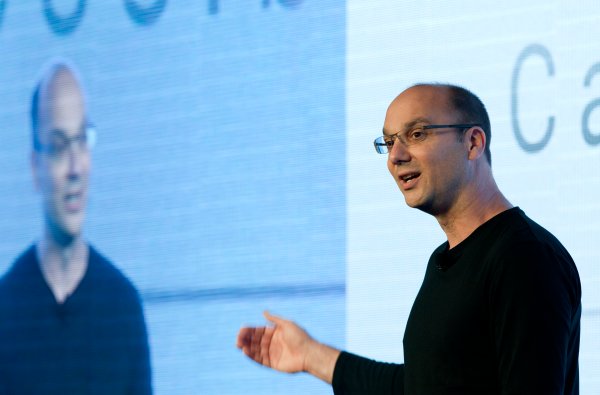 The Creator of Android Has an Ambitious Idea to Fix the Smart Home. Here's How It Works.
Next Up: Editor's Pick