It was a typical wedding until the President showed up.

When Tucker Gladhill and Kristen Piatkowski were celebrating at their reception at Trump’s National Golf Club in Bedminster, New Jersey, on Sunday night, President Trump made a surprise appearance. According to CNN, a party guest said POTUS dropped in at around 10:30 p.m.

That’s when Piatkowski, who Trump called a “beautiful bride,” raced through a circle of guests to join hands with him and chat. “Looking good Donald!” one wedding-goer said as Trump posed for photos with bride and groom. “U.S.A!” a group of wedding guests chanted together.

Earlier that day, Trump held a private fundraiser at the members-only club for moderate Rep. Tom MacArthur of New Jersey.

A visit from the President is no small matter. Some critics took to Twitter to say that his visit adds up to free publicity for the Trump-branded property, muddying the line that separates his family business and presidential duties. A now discontinued brochure set this very expectation for prospective clients, according to the New York Times. “If he is on-site for your big day, he will likely stop in and congratulate the happy couple. He may take some photos with you but we ask you and your guests to be respectful of his time and privacy.”

On Friday night, Trump also made time to pop in on an eighth-grade graduation at the club to speak to students, according to the Washington Post

The happy couple and the young students aren’t the only ones. In February, Trump dropped in on a Mar-a-Lago wedding of Nashville socialite Vanessa Falk, according to USA Today. 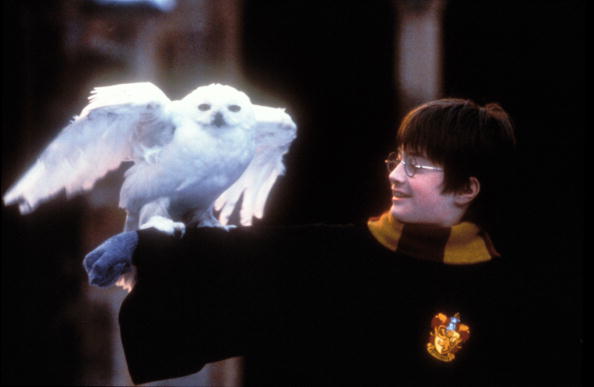 Here's an Evaluation of Harry Potter's Variable Sass Levels
Next Up: Editor's Pick