The Man Who Invented Hawaiian Pizza Has Died

The man who invented Hawaiian pizza, setting off one of the biggest debates in food, died on Thursday at the age of 83.

Sam Panopoulos, who was born in Greece and moved to Canada when he was 20, decided to try out pineapple on pizza in 1962 to attract customers to one of his Ontario-based restaurants.

“We just put it on, just for the fun of it, see how it was going to taste,” Panopoulos told the BBC earlier this year. “We were young in the business and we were doing a lot of experiments.”

Panopoulos said he and his brothers enjoyed the contrast between the pineapple’s sweetness and the savory flavor of the ham also added to the pizza. They named it Hawaiian pizza after the brand of canned pineapple used on the pie.

Adding pineapple on pizza became a heated topic earlier this year after the president of Iceland jokingly denounced the topping, sparking backlash online, a trove of memes and even prompting Canadian Prime Minister Justin Trudeau to weigh in.

“I have a pineapple. I have a pizza. And I stand behind this delicious Southwestern Ontario creation,” he tweeted in February.

An obituary for Panopoulos described the Hawaiian pizza inventor as an “unforgettable personality,” and commended him for his loyalty, protective nature and sense of humor. 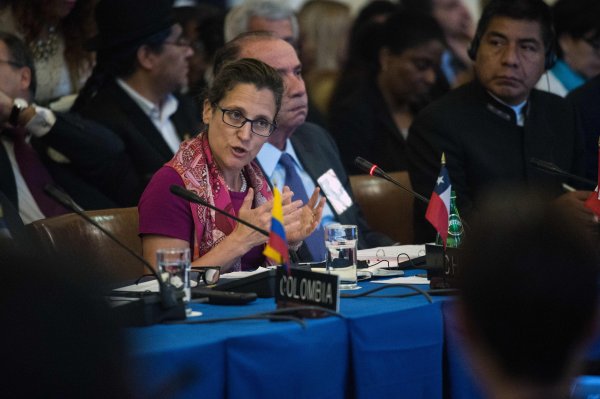 Canada Will Build Up Its Military Because It Can't Rely on the U.S., Official Says
Next Up: Editor's Pick