Star Wars: Battlefront 2 wants to have it all: Here’s a wookie fighting with the Empire. There’s Boba Fett shooting whatever he shoots from those lovely arm cannons. Check out the Millennium Falcon cleaving through asteroid debris like a scythe, or those Separatist droid armies throwing down against hordes of clone troopers. How about the little green guy himself, looking properly peeved as he tangoes with Darth Maul. And there’s Rey, trading blows with Kylo Ren in what promises to be an experience that scales from individual skirmishes to platoon-sized assaults on up to explosive battalion-ish interstellar clashes.

The idea behind Star Wars: Battlefront 2, besides taking your money, is to shore up the 30-year span between Return of the Jedi‘s rebel triumph and The Force Awakens‘ grimmer tidings. It is also fully canon, which means what happens here happened as precursor to the films. As such, you would do well to keep watching past the trailer’s logo splash, for one of the creepiest teases in the history of the Star Wars-verse. 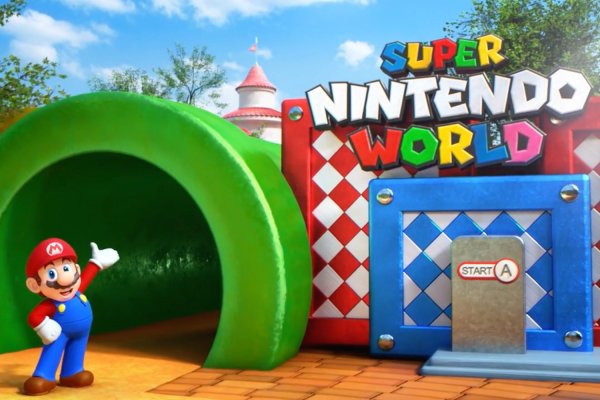 The 'Super Nintendo World' Theme Park Looks As Trippy As We Hoped
Next Up: Editor's Pick