The Department of Justice is trying to persuade a federal judge to throw out a lawsuit claiming that President Donald Trump is violating the Constitution by accepting payments from foreign governments without congressional approval.

A Friday filing in U.S. District Court in Manhattan represents the first legitimate response from the Trump Administration to a number of suits that insist that the President has significant conflicts of interest within his real estate empire since taking office.

“Historical evidence confirms that the Emoluments Clauses were not designed to reach commercial transactions that a President (or other federal official) may engage in as an ordinary citizen through his business enterprises,” the Justice Department argued in a motion to dismiss a case first brought by watchdog group Citizens for Responsibility and Ethics in Washington in January, three days after Trump’s inauguration. “At the time of the Nation’s founding, government officials were not given generous compensations, and many federal officials were employed with the understanding that they would continue to have income from private pursuits.”

“Neither the text nor the history of the clauses shows that they were intended to reach benefits arising from a President’s private business pursuits having nothing to do with his office or personal service to a foreign power,” the filing reads. “Were plaintiffs’ interpretation correct, Presidents from the very beginning of the Republic, including George Washington, would have received prohibited ’emoluments.'”

In order to eliminate conflicts of interest, Trump announced he would hand over operation of his businesses to his sons, Eric and Donald Jr., and Chief Financial Officer Allen Weisselberg. The Trump Organization also pledged not to make any business deals outside of the U.S. while Trump was still President. But a number of critics like CREW say that Trump’s lines continue to blur between President and business mogul.

“It’s clear from the government’s response that they don’t believe anyone can go to court to stop the President from systematically violating the constitution,” CREW said in a statement. “We heartily disagree and look forward to our day in court.” 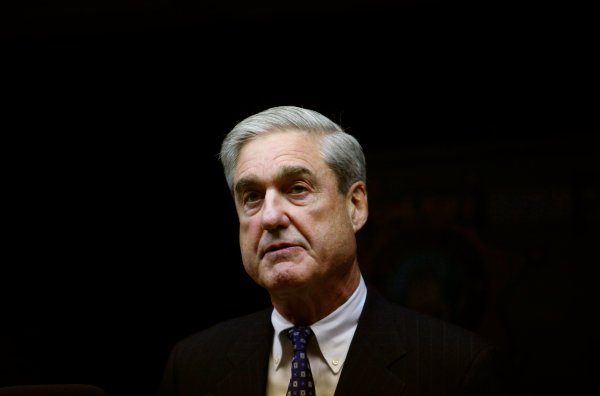 What to Know About Special Counsel Robert Mueller
Next Up: Editor's Pick