There’s an old saying that tech bloggers like to use: “It wouldn’t be June without an Apple developer conference in the earlier part of June. Let’s wait to see what Apple announces and then either type about it or make videos about it, or perhaps both.” Ask any tech blogger about that saying, and if he or she denies it, the appropriate response is, “You’re either with us, or you’re against us.” Maintain eye contact the entire time you say that phrase, too.

Anyhoo, this year will be no different. Apple has just announced the dates of WWDC (Worldwide Developers Conference) – it’ll run between June 2 and June 6, almost certainly with an opening keynote where Tim Cook and friends will unveil what’s next for Apple.

The announcements skew heavily to the software side – this is a developer conference, after all – but previous WWDCs haven’t been without hardware announcements. Last year, we saw the totally redesigned and very-cylindrical Mac Pro and revamped MacBook Air models; the Retina MacBook Pro was unveiled in 2012; the iPhone 4 debuted back in 2010; there was the unibody MacBook Pro and the iPhone 3GS back in 2009; the iPhone 3G was revealed in 2008. But the point of the conference is software, software, software. Last year it was a heaping helping of iOS 7.

That’s not a bad thing, by any means. Without software, all you’ve got are paperweights. You could argue that software’s far more exciting than hardware nowadays: Phones are rectangles, tablets are rectangles, laptops are rectangles that fold down on top of other rectangles. Software is the soul of our gadgets.

We’ll have plenty of WWDC coverage right here – make sure to check back in early June. 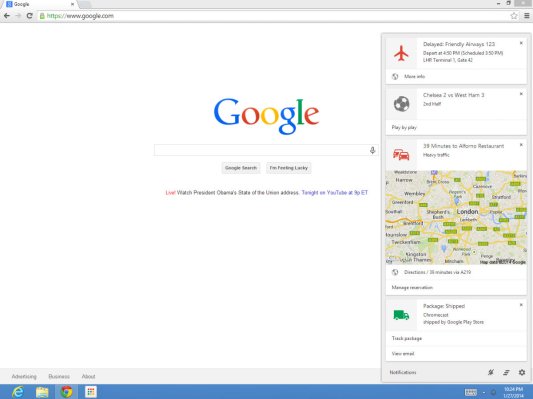 Google Now Virtual Assistant Rolls Out for All Chrome Users
Next Up: Editor's Pick