How Electric Cars Could Reinvent the Great American Road Trip

One of my best memories was my post-college road trip from Long Island to Denver, where I had an internship just after graduating. My now-wife joined me on the roughly 1,800-mile trip in my beloved Ford Fiesta, stopping in Cleveland (rock and roll!), Chicago (Wrigley!) and Omaha (steaks!).

I’d always wanted to take a big road trip like that, which felt like a quintessentially American experience. It was an absolute blast and helped me fall in love with long-haul driving.

It’s not often I get to go on drives quite that epic these days. But when a Tesla representative recently reached out to offer a weekend with the company’s Model X SUV, I jumped at the chance. I’ve always been curious about what it’s like to go on road trips with an electric car: How many times would I have to recharge? How long would it take? How much of a headache would it be?

I picked up the Model X at Tesla’s Red Hook, Brooklyn, dealership and set off the next morning for the Adirondacks, easily among the world’s most perfect places. Total estimated distance: Just a hair under 300 miles. (Not quite a transcontinental trip, but long enough to get a feel for a big drive.)

The Model X I was driving — the highest-end P100D, which goes for around $145,000 and up — advertises about 289 miles on a full charge in perfect conditions. The Tesla rep came up with a charging plan, with a long stop in Albany and a top-off in Queensbury to make sure I had enough range for the hiking trips I planned to make once up near Lake Placid. The Tesla’s onboard computer can also direct you to charging stations en route to your destination, even calculating your estimated charge by the time you get there. (Though it seems a little on the conservative side, but perhaps understandably so.)

It didn’t take long for me to fall in love with the Model X. Anybody who says electric vehicles aren’t a “driver’s car” has pretty obviously never gone full throttle from 0-60 in the P100D, which it’ll do in under three seconds with “Ludicrous Mode” turned on. Part of my stomach is still lying somewhere on I-87. It’s real fun.

The Model X tricks you into thinking you’re driving a two-seater sports sedan. But this is a speed demon living a double life as a family SUV. It has room for seven adults, or, in our case, three and a bunch of hiking gear. The rearmost seats folded down for extra storage. And my intimidatingly tall and sturdily-built brother-in-law reported the middle row was plenty comfortable, even for him.

Electric powertrain and eye-catching “falcon wing” doors aside, the clearest sign this is a car from the future is Tesla’s trademark Autosteer function. The Model X isn’t quite fully autonomous. While it has the necessary hardware to drive itself, the software isn’t enabled yet. But Autosteer kept the Tesla in its lane at a safe (and adjustable) following distance and speed, even around bends. It has limitations, of course. It hated tight lanes on bridges and tunnels, it won’t activate on side roads without clear lane markers, and it’ll frequently nudge you to keep your hands on the wheel even if you’re just not gripping tightly enough. But it’s great for long-distance highway driving, helping take some of the mental load off the driver and making it easier to chat with passengers or take in the vista through the Model X’s massive, helicopter-like windshield.

Electric car owners speak of a syndrome called “range anxiety.” It’s the fear that you’ll run out of juice on the side of some highway somewhere in search of the biggest Mophie in the known universe. I can report that it’s a real concern for a first-time electric roadtripper. Still, it was never crippling. It just takes a little forward planning and more conservative driving when you’re low on battery. That latter part is particularly hard, because the Model X is a car that wants to go real fast. But you manage.

The actual process of charging definitely took some getting used to. Even on Tesla-branded Superchargers, it can take over an hour to recharge the Model X’s absolutely massive battery. And on my return trip, I just barely grabbed the last of eight charging stations, while two Model S drivers had to wait their turn before even starting to top up. (Sorry, guys.) To be sure, Tesla has done a good job of installing its chargers near restaurants, malls and other places to stretch your legs. But it’s a real adjustment from the typical 10-minute gas-up-and-grab-a-coffee road trip stop.

Therein lies a real opportunity to change how we think about road trips. Part of the joy of my Colorado adventure was stopping at all manner of roadside sideshows, from 1950s-style diners to, on the way back, the Louisville Slugger factory. Likewise, needing an hour or so to charge your car can offer you the chance to check out something you might otherwise blow right past. It’s the antidote to “flyover mentality.”

Right now, the problem with that scenario is a lack of charging infrastructure. There are certainly enough chargers around to make long-haul electric trips possible. But while you’re actually charging, you’re stuck to within about a mile of your car, depending on how far you’re willing to walk to something interesting. If electric vehicle hookups were as prevalent as parking spots, charging breaks could give us the opportunity to spend time in parts of our country we’d otherwise just as soon miss. 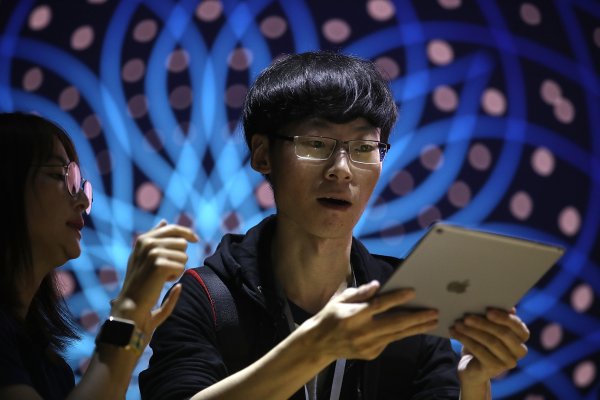 Augmented Reality is Tech's Next Big Battleground
Next Up: Editor's Pick