The internet has discovered that actor, activist and book-hider Emma Watson has a startling lookalike.

Kari Lewis from Indiana says people started to mistake her for the famous Harry Potter actor around the time that the first movie in the cult franchise launched Watson as Hermione Granger.

“I didn’t know who Emma Watson was when I was first spotted at a postal office and a couple of young girls told me I looked like ‘Hermione Granger,'”Lewis told BuzzFeed. After that, she began her “dive into the Harry Potter universe.”

Lewis has even taken to dressing up as the wizarding world’s top magical smarty pants and the brave Beauty and the Beast heroine, Belle, to better resemble her famous counterpart at fan conventions.

Here she is at work studying spells.

Here she is doing her best “I want so much more than this provincial life” look.

This is the latest Watson lookalikes the internet has spotted. In October, Megan Flockhart’s Hermione Granger went viral after she posted a selfie that made fans do a double take. 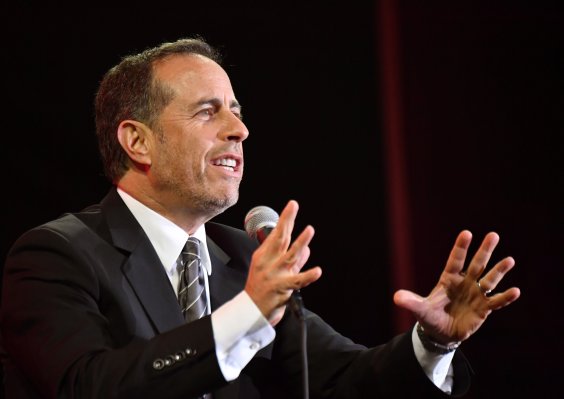 Jerry Seinfeld Doesn't Let His Kids Watch the Kardashians
Next Up: Editor's Pick