With only a few straggling constituencies left to announce, the U.K. electorate returned the country a hung parliament early Friday morning, meaning that neither of the two largest parties had secured the 326 seats required for an absolute majority.

The result was an overwhelming rejection of British Prime Minister Theresa May, who had called the election to strengthen her mandate to negotiate a Brexit deal. During her campaign, May promised a “strong and stable” leadership in the run up to divorce talks with European leaders, scheduled June 19. But the results delivered a humiliation to May and her Conservative Party.

Labour leader Jeremy Corbyn, by contrast, enjoyed a triumphant night, increasing his party’s Commons tally by 31 seats. “Politics has changed and politics isn’t going back into the box it was before. People have had quite enough of austerity politics,” Corbyn said after winning in his home constituency of Islington North.

Here’s how U.K. and E.U. lawmakers reacted to the shock election result:

Some Conservatives were predictably dour. Nigel Evans, a lawmaker for Ribble Valley, said his party had shot itself in the head, the BBC’s Chris Mason tweeted.

Others, the Guardian reported, sought to allocate blame for calling the snap election.

Elsewhere in Europe, the E.U.’s budget commissioner Guenther Oettinger said the election result cast doubt on whether Brexit talks could begin as scheduled, Reuters reports. Meanwhile, Germany and the Czech Republic urged Britain to form a government quickly so that talks could move ahead. Michael Roth, Germany’s deputy foreign minister told German broadcaster ZDF: “We need to get started on the negotiations as soon as possible because time is ticking.”

“Regardless of the question of who will form a government in Britain, time is ticking … We have less than two years to negotiate the exit … so we should not waste any time now,” Roth added, according to Reuters.

Donald Tusk, the President of the European Council, issued a reminder about the urgency of the upcoming Brexit negotiations.

And Manfred Weber, the leader of the European Parliament’s European People’s Party used the occasion to highlight the U.K’s lack of unity relative to the E.U.

“The U.K. needs a government soon. The date for the beginning of negotiations is now unclear,” Weber said in one tweet. In another: “E.U. is united, U.K. is deeply split. PM May wanted stability but brought chaos to her country instead.” 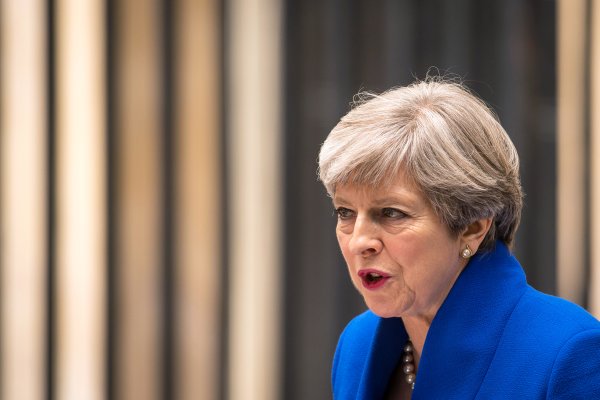 Hanging in There
Next Up: Editor's Pick