Here are some more details on the Game of Thrones season 7 episode lengths.

The finale will be the show’s longest-ever, clocking in at nearly an hour and a half, while another episode will be show’s shortest ever.

“We have two episodes over 60 minutes this year,” showrunner Dan Weiss told EW.

“One will be our longest episode ever — it’s coming in around 90 minutes,” added showrunner David Benioff. “Another is going to be our shortest episode at 50 minutes.”

The previous longest episode in the saga was the season 6 finale, “The Winds of Winter,” which ran 69 minutes. While the new season contains the shortest episode, there have been at least a couple previous episodes at the 51-minute mark, so it’s only the shortest by seconds.

HBO hasn’t confirmed any run times aside from the season premiere, which has been listed as 59 minutes. Our showrunner interview was conducted in early May before the running times were locked. This week, an unofficial list of all the running times leaked online that more or less line up with the showrunners’ comments (the finale is claimed to be 81 minutes).

Ever since season 7 was announced as only seven episodes, fans have speculated and hoped the season would be super-sized with episodes that are perhaps 90-minutes each. As we’ve previously reported, HBO doesn’t consider the season to be unusually long as the episodes are mostly within the show’s usual range of times. Still, if the leaks are correct, season 7 will be longer than ever before on a per-episode basis.

EW has released its annual Game of Thrones preview issue, taking fans behind-the-scenes in Westeros, with five collectible covers. Get a copy here, and check out our gallery of exclusive photos. 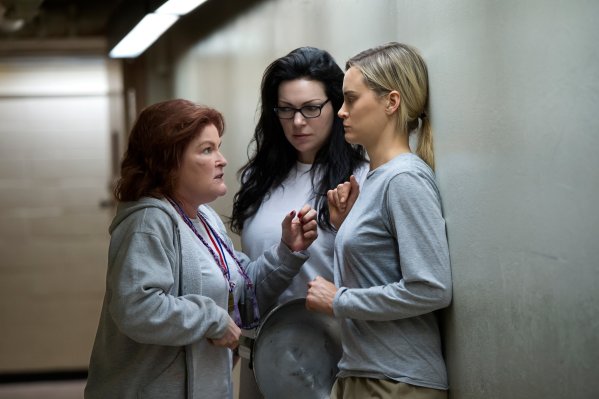 No Break for Orange's Prisoners
Next Up: Editor's Pick