James Comey Had a Friend Leak His Memo About President Trump

James Comey had a friend share the contents of a memo he wrote about his interaction with President Trump in the hopes that it would help lead to the appointment of a special prosecutor for the investigation into Russian interference in the 2016 election, the former FBI Director told the Senate Intelligence Committee Thursday.

Comey asked his “close friend,” he said, who he identified as a professor at Columbia Law School, to share the contents of his memo after President Trump tweeted that he hoped there were tapes of their conversations.

Several days later, Comey said, he woke up in the middle of the night and realized he had to take action.

“It didn’t dawn on me, originally, that there might be corroboration for our conversation [there] might be a tape, my judgement was I needed get that out into the public square and so I asked a friend of mine to share the content of the memo with a reporter,” he said.

He didn’t leak to the media himself, he said, because he was worried it would be like “feeding seagulls at the beach.”

He did not specify exactly what memo he was referring to. But Trump tweeted about the possibility of tapes Friday, May 12. On May 16, the New York Times published a report, citing a memo from Comey read to the paper by “one of Mr. Comey’s associates,” that Trump had asked Comey to halt any investigations into former National Security Adviser Michael Flynn. This report is corroborated in Comey’s testimony, which the Senate Intelligence Committee released Wednesday ahead of his hearing.

Comey no longer has his memos, he told the committee. He handed them over to the special counsel, which Deputy Attorney General Rod Rosenstein appointed May 17.

Comey did not identify his friend by name, which appears to have led the Columbia Law School website faculty page to crash from high traffic shortly after his remarks. But the Times ran an article May 13 about Comey’s future career prospects which cited Columbia Professor Daniel Richman, describing him a friend who had spoken with Comey several times since his termination.

A CNN reporter said that Richman confirmed he was the source. 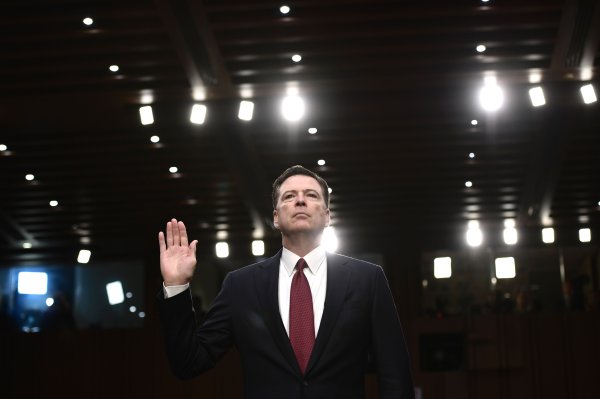 James Comey Just Said the Special Counsel Will Look at Whether Trump Obstructed Justice
Next Up: Editor's Pick