A month after firing FBI Director James Comey for his handling of the Russian election-meddling investigation, President Trump tweeted on June 7 that he would name former Justice Department criminal division chief Christopher Wray to lead the bureau.

After serving as a federal prosecutor in Atlanta in the late 1990s, Wray rose rapidly at Justice Department headquarters in Washington under George W. Bush. From 2003 to 2005 he oversaw the Enron task force and worked directly with then FBI chief Robert Mueller, who now heads the Russia probe as special counsel. A white collar lawyer, he recently defended Trump ally New Jersey Governor Chris Christie in the Bridgegate scandal. At 50, Wray is young for the job and takes over amid accusations of White House interference in the Russia matter and internal discontent over the firing of Comey. 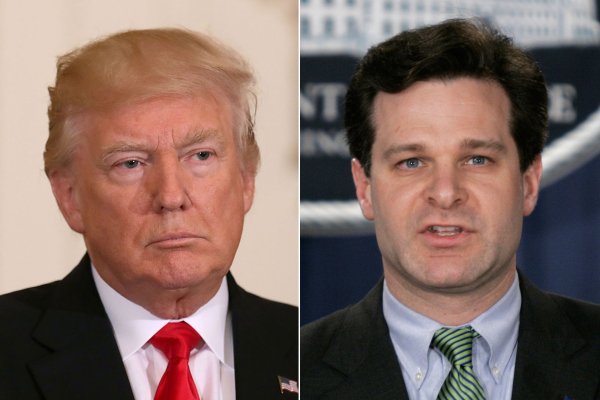