Trevor Paulhus
Ideas
By Belinda Luscombe
Luscombe is an editor-at-large at TIME and the author of Marriageology: The Art and Science of Staying Together.

The former Dallas police chief, 56, on Black Lives Matter, police shootings, how to chase away drug dealers and that terrible day in July

How did things change in Dallas after the shooting of five officers in July 2016?

As police officers, we struggle to hear any appreciation. What happened in Dallas is that people expressed appreciation. It was sincere, authentic, heartfelt. The families felt it — $11 million was raised for them. A gap has been bridged between the community and its police department.

You set a world precedent by using a robot to kill the suspect in that encounter. Did you worry you were opening Pandora’s box?

I weighed how to end the siege without losing another officer or citizen. I did not calculate the aftermath as much at the time. I’d make that same decision again. We expect our police departments to make communities safe and we give our officers tools, and I think we have an adequate level of review and accountability.

In your new book, Called to Rise, you describe being part of a SWAT team. Have police become too militarized?

I think [the equipment] has been used in the wrong way. It’s not being used to protect officers. It’s being used to intimidate citizens who are protesting.

One of your strategies for lowering crime in Dallas was to have cops sit all day on a corner that had been claimed by drug dealers. Could that work everywhere?

Has Black Lives Matter been a helpful or harmful force?

It’s brought awareness. But it has not brought about significant change. I think the movement would say the same thing, that these shootings keep happening. In this country, significant change never occurs when you protest and that’s the only thing you do. Policing is controlled by local governments, and 90% of people don’t participate in those elections.

What is the best way to address mass incarceration?

Go to any city or state and say, “Raise your hand if you want us to raise your taxes to build more jail-based space.” When Attorney General Sessions said, “Let’s charge people with the highest charge and not waver,” he didn’t mention where the funding was going to come from.

Your son died after he killed two people, including an officer, while you were chief. How did that change you?

It gave me the deepest empathy for people who suffer and families with people they love who have mental illness. You name shooting after shooting where we’ve had multiple people killed, and those suspects have a mental illness. And yet unless you are affluent, there’s no capacity to deal with the mentally ill.

In May, a Dallas-area officer was arrested after shooting a car and killing a teenager. Is that progress?

The Balch Springs police department, where that happened, is very small and doesn’t get the type of training that it should. I’m not making excuses. I fired more officers than any chief in recent history. This particular officer wasn’t suited to be a cop. There’s no reason to pull out a high-powered rifle at a teenage party. So, progress? A life is lost. You can’t say progress when somebody’s only child is shot. I would argue that we’re having the right discussions. 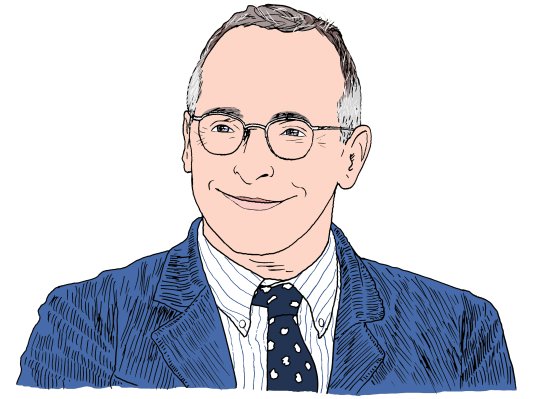 A Quick Talk With David Sedaris, on Reading Secret Diaries
Next Up: Editor's Pick