Why Wonder Woman Broke Through

Wonder Woman’s big-screen debut–which came on June 2, 76 years after she first appeared in print–could have been a disaster. Last year critics panned Warner Bros. and DC Comics’ dour Batman v Superman and disjointed Suicide Squad. And Hollywood executives have been skeptical about whether female superheroes can succeed at the box office ever since a string of mid-2000s flops like Catwoman and Elektra. When movie-theater chain Alamo Drafthouse announced that it would schedule all-female screenings of Wonder Woman, men’s-rights activists accused the company of “sex discrimination.”

But the premiere made history: Wonder Woman had the biggest weekend opening ever for a female director, bringing in more than $100 million. This shouldn’t be such a surprise, given the recent success of movies like The Hunger Games and Rogue One, which have proved the appeal of stories led by female fighters.

Turns out, yes, women (and men) want to see strong women put the forces of evil, however fantastical, in their place. The movie’s box office augurs well for a slate of upcoming female superhero movies: Captain Marvel in 2019 as well as a movie about Suicide Squad character Harley Quinn and a Spider-Man spin-off focused on that series’ female characters.

Ultimately Wonder Woman is a triumph as a movie. That the film works has everything to do with the choices made by director Patty Jenkins, 45, the first woman to helm a big-budget superhero movie. Jenkins cut her teeth on the Oscar-winning Monster, a 2003 thriller about a female serial killer. Yet unlike many of her peers who opt for grim tales and burdened heroes, Jenkins infused Wonder Woman with the kind of humor (not snark) and romance (not sex) that hark back to Old Hollywood. Set during World War I, the movie builds a temporal and thematic trench between itself and the vacuous Batman v Superman. It doesn’t feel like a two-hour trailer for the studio’s next tentpole.

MORE: See the Evolution of Wonder Woman in the Comics 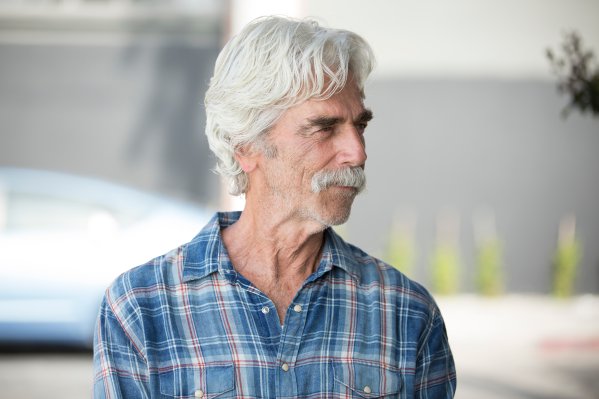 A Cowboy Makes a Comeback In The Hero
Next Up: Editor's Pick