The cache of more than 100,000 documents allegedly shows the Guptas brokering favors with ministers and lending money to Zuma’s son Duduzane to buy a luxury apartment. The leak supports allegations that the wealthy brothers are using their influence in an act of “state capture,” as South African media call it.

The Guptas’ links to Zuma have long been suspected, but claims have become more numerous. In March 2016, then Deputy Finance Minister Mcebisi Jonas said the family offered to get him promoted. Protests broke out this April after Zuma fired him and his vocally antigraft boss Pravin Gordhan.

Both the Guptas and the President have denied allegations of illegal collusion. But the claims threaten to further divide Zuma’s ANC ahead of a December vote to choose his successor as leader. Whomever they choose will determine whether the party of Nelson Mandela can overcome Zuma’s rotten legacy. 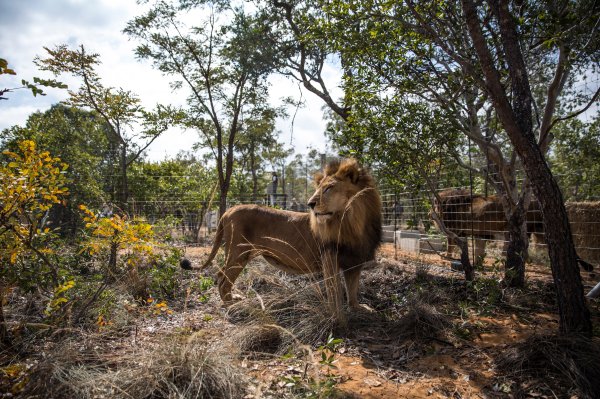 Poachers Kill 2 Lions That Were Rescued From the Circus
Next Up: Editor's Pick