How the Internet Is Getting a Little Nicer, One Meme at a Time

Earnest, uplifting memes have surged in popularity since the 2016 election
Illustration by Martin Gee for TIME
By Lisa Eadicicco

Late last year a photo of a forlorn-looking Kermit the Frog began circulating on Twitter. With his knees tucked to his chest, head hung low, the scene invited the kind of mocking irreverence that has come to define much of Internet culture. “When you show people a movie you love And they don’t pay attention,” read one caption. “When ‘All I Want for Christmas Is You’ is playing and you realize that no one wants you for Christmas,” read another.

But Jonathan Sun, a doctoral student at the Massachusetts Institute of Technology, was determined to change the narrative. As someone who had struggled with depression and anxiety, he saw himself in Sad Kermit and sensed that others might too. So Sun, who goes by @JonnySun on Twitter, challenged his more than 400,000 followers to turn a virtual punch line into a symbol of hope. They quickly obliged. “When you remember how much someone loves you,” read one caption. “When you’re so proud of how far you have come, and excited for how far you have to go,” read another.

“I make memes to explain my own feelings,” says Sun. “And the fact that [this challenge] resonated with other people–I think it made all of us feel a little less lonely.”

This is not the narrative we typically hear about Internet memes, those wildly popular text-photo mashups that are often used to make situational jokes (think a photo of a paranoid-looking parrot with the caption “Finished test first. What did I do wrong?”) but have lately been associated with hatred and bigotry. On June 4 news broke that Harvard rescinded at least 10 admissions offers after students were caught sharing memes that allegedly poked fun at child abuse, sexual assault and minority groups. And last year the Anti-Defamation League declared Pepe the Frog–a fringe comic-book character–a “hate symbol” after alt-right extremists started modifying his likeness with swastikas and Hitler mustaches.

But in recent months, interest has surged in so-called wholesome memes, which aim to promote earnest messages of empowerment. There are now hundreds spreading across Twitter, Facebook, Tumblr, Instagram and Reddit, whose “Wholesome Memes” forum has attracted more than half a million subscribers since its September launch. Among the best examples: a photo of SpongeBob SquarePants shouting at Squidward, overlaid with the text I love my friends they help me become a better person and a photo of the wrestler Stone Cold Steve Austin chugging beer, except the beer is labeled Respect women juice and Austin is labeled Me.

This newfound interest in uplifting memes is a direct response to the negativity of the 2016 presidential election, much of which played out online. For most of the past year, many people’s social-media feeds have been filled with vicious–and often misleading–commentary about partisan politics. “A lot of that has made the consumption of more positive emotions desirable,” says Dr. Pamela Rutledge, director of the nonprofit Media Psychology Research Center. “We’re self-medicating in a good way.” Reddit CEO Steve Huffman agrees. “[Our platform] is very much a reflection of what’s going on in the world,” he says. “And when people are tired of being angry about politics, you see that play out as well.”

Of course, there are still plenty of angry people on the Internet, and the culture of hate isn’t going to change overnight. But wholesome memes may resonate on a grander scale by virtue of being, well, memes: pieces of content that change and evolve as more people try to make them relatable. “It’s this sense of somebody else gets it,” says Goal Auzeen Saedi, an Oregon-based clinical psychologist who recently used a wholesome meme to motivate a teenage patient to try exercise as a coping mechanism. (It was a drawing of a woman holding a yoga pose, with text that read, “I really regret going to yoga today … said no one ever.”)

In any case, Huffman says he hopes wholesome memes continue to spread–and not just because they’re driving traffic to Reddit. “Most people just want to get along,” he says. “We don’t have to be angry all the time.” 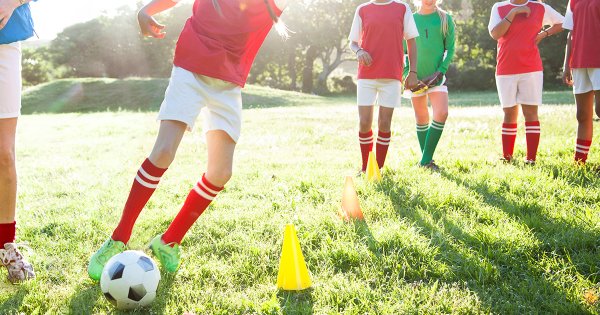 Girl Booted From Soccer Tournament Over Short Hair
Next Up: Editor's Pick