More than 60% of Americans think that President Donald Trump fired FBI Director James Comey in order to protect himself rather than to help the country, according to a new poll.

Seven in 10 (72%) Americans don’t trust Trump’s word on Russia, but 55% also don’t buy Comey’s — likely a reflection of his own past controversies such as Hillary Clinton’s email scandal and an overall distrust of the federal government, according to results from an ABC News and Washington Post survey.

Only 27% felt that Trump dismissed Comey for the good of country. A majority of respondents (56%) believe the President is trying to interfere with the Russia probe Comey was supervising prior to his firing.

Even respondents who identified as conservatives expressed doubt about Trump’s word on Russia. The poll found that 60% had low trust about what the President says regarding Russia — just 33% said they had substantial trust.

Comey will testify before Congress on Thursday following the Wednesday release of his prepared opening statement that corroborated reports about Trump’s interactions with the former FBI Director. In the document, Comey himself says that the President asked him for “loyalty” at a one-on-one dinner, which was first reported by the New York Times last month.

The ABC News and Washington Post poll was conducted over the phone between June 2 and June 4 among a random national sample of 527 adults. Both the English and Spanish languages were used to ask questions, depending on the respondent, and the margin of error was +/-5%. 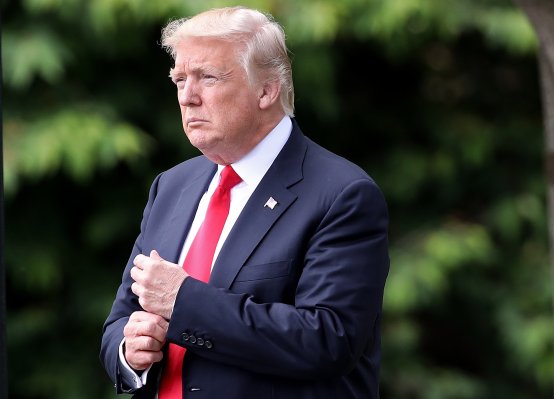