Most smart home devices, like smart light bulbs or connected door locks, are most useful when they’re capable of communicating with one another. That’s why companies like Apple and Google have developed their own respective “languages” for enabling these devices to stay in sync.

But some argue that this interconnectivity hasn’t completely solved the smart home’s biggest issues. In order to get those benefits, consumers must choose one specific platform, like Apple’s HomeKit or Google’s Works With Nest, which could limit the choices they have when shopping for smart home products.

Andy Rubin, the creator of Android and CEO of newly launched tech company Essential, is trying to change that. One of his company’s first products is a voice-enabled smart home assistant called, appropriately enough, Home. He hopes to make the gadget compatible with any smart home device, regardless of whether it runs on an Apple, Google, or Samsung-operated platform.

The trick, says Rubin, is to use application programming interfaces, or APIs, to create a sort of emulator that allow his product to support gadgets on different platforms. An API is a set of protocols that makes it possible for apps and services to integrate with one another. They make it possible to use your Facebook credentials to sign up for a new website, for instance.

Read more: The 25 Best Apps of the Year So Far

Speaking on stage at the Wired Business Conference on June 7, Rubin compared the various smart home platforms to individual islands, saying his product would provide a bridge between them. “If I can emulate [these islands], I can turn it on and control 100,000 devices,” Rubin told reporters.

Following Rubin’s May announcement of Essential, observers have questioned whether it will be possible to create a device that can offer cross functionality between competing platforms. Such doubts Apple doubly so to Apple, which is known for keeping its software and hardware ecosystems closed. The iPhone maker only allowed third-party developers to integrate their apps with Siri and iMessage last year, long after rivals like Amazon and Facebook made similar moves.

But alongside the rise of smart home technology, tech giants have shown an increasing willingness to allow their devices and software to play nice with others. Google recently debuted its Google Assistant on the iPhone, while Microsoft’s Cortana has been on iPhone and Android since 2015. Amazon in particular says it’s willing to embrace even deeper collaboration, saying it’s open to the idea of making Alexa compatible with Siri. “You should be able to tell Alexa, ‘Ask Siri X,'” David Limp, Amazon’s senior vice president of devices, told reporters at the conference. “If Apple or Google want to call, my number is out there.”

Even if Rubin’s gadget succeeds at building those aforementioned bridges, there are plenty of other ways smart home tech could stand to improve. Rubin says he’s already thinking about how the installation and setup process can become more accessible to those who aren’t tech-savvy. Companies like Control4 offer remote device installation and management services, but Rubin feels customers should be able to handle their gear on their own.

“That’s an outdated approach,” said Rubin. “The [people] that are doing the user interface are the same ones drilling holes in your wall . . . So I need to change who the installer is, and I think we’ve developed enough technology to make it very easy.” 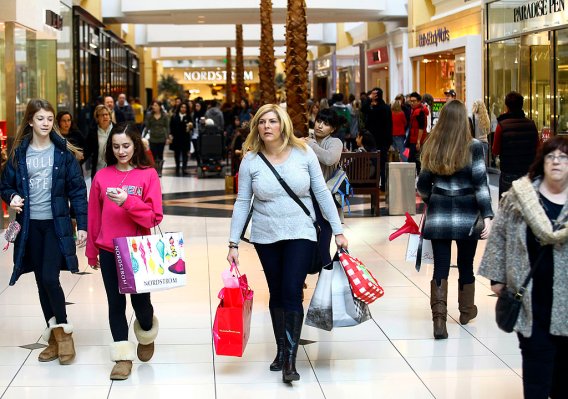 How Cities Are Surviving the Retail Meltdown
Next Up: Editor's Pick