Friends become increasingly important to health and happiness as people age, according to new research in the journal Personal Relationships. They’re so crucial, in fact, that having supportive friendships in old age was found to be a stronger predictor of wellbeing than having strong family connections.

The new paper explores the findings of two studies about relationships. In the first, involving more than 270,000 people in nearly 100 countries, author William Chopik found that both family and friend relationships were associated with better health and happiness overall. But at advanced ages, the link remained only for people who reported strong friendships.

“I went into the research sort of agnostic to the role of friendship,” says Chopik, assistant professor of psychology at Michigan State University. “But the really surprising thing was that, in a lot of ways, relationships with friends had a similar effect as those with family—and in others, they surpassed them.”

For the other study, Chopik analyzed a separate survey of nearly 7,500 older people in the U.S. Here, he found that it wasn’t just important to have friends, but that the quality of those friendships also mattered.

None of this is particularly surprising, says Chopik. After all, unlike our family, we can choose our friends. “A few studies show that we often enjoy our time with friends more than with family,” he says. “We do leisurely things with friends, whereas family events are often serious or maybe a little monotonous.”

The benefits of having close pals may also be stronger for older people because, by that point, those friendships have stood the test of time. “You have kept those people around because they have made you happy, or at least contributed to your wellbeing in some way,” says Chopik. “Across our lives, we let the more superficial friendships fade, and we’re left with the really influential ones.”

But Chopik says the power of friendship on physical and mental health is often ignored in research—especially in older people, where relationships with spouses and children are often considered more important.

And while it’s true that family members are often the people who provide caregiving support to the elderly, he says this can also create a sense of obligation. These relationships are certainly beneficial and often vital, Chopik adds. But they may not provide as much joy as those with long-time friends do.

Of course, some people can share powerful friendships with their siblings, spouses, children and other family members—and that’s a positive, too, says Chopik. “The general point is that the more support, the more positive interactions, the better,” he says. “The important thing is having people you can rely on, for the good times as well as the bad.” 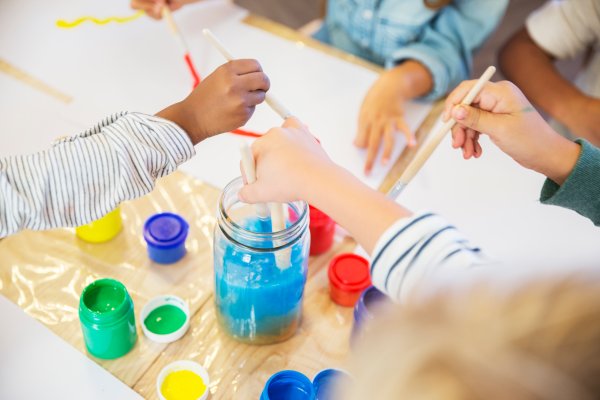 The New Way To Prevent Anxiety in Kids
Next Up: Editor's Pick