Spiro Agnew's Lawyer: How the Russia Leaks Could Backfire in Court

Our press is proud of its open hunt for government secrets. Reporting them is highly rewarding. Images of Woodward and Bernstein dance in the heads of journalists for publications large and small. The audience loves it and applauds the winners. The subjects (as in, the losers) whine about “leaks” and watch the simultaneous emergence of the truth and the decline of their power.

But amidst the celebration, there are important questions being forgotten today with regards to the investigation into whether the Russian state colluded with the Donald Trump campaign. They go beyond the charging of an NSA contractor for allegedly sharing classified intelligence.

For one, what happens when agents or agencies of the government leak information, be it true or false, that may affect the result of a criminal inquiry into the subjects? How can a grand jury make a reasoned decision when it is deluged with government-sourced leaks, even before that jury is selected and sworn?

Some of Trump’s former colleagues — Paul Manafort, Michael Flynn, Carter Page, et al — come to mind. All are certainly going to be at the center of Special Counsel Robert Mueller‘s focus. All face the risk of grand jury indictment.

And yet, if Mueller impanels a grand jury, can that body distinguish what it has read and seen from government sourced leaks, from what is later presented to them in licit proceedings? Have the leaks already seriously handicapped Mueller if he chooses to go the grand jury route?

History teaches the answer may be yes.

In 1973, Vice President Spiro Agnew was the target of a massive barrage of leaks asserting he had taken pay-for-play bribes when he was Governor of Maryland. Dozens of newspaper articles reported alleged details of the Maryland U.S. Attorney’s investigation. The press reports sourced the information to “Justice Department officials” and “senior government officers.

I co-represented Agnew in the case, and when discussions between our team and the Department of Justice broke down, Attorney General Elliot Richardson announced he was about to submit evidence to a grand jury. We moved to stop him from doing so. We argued the plethora of government leaks had fatally compromised the criminal inquiry.

The District Judge appointed to handle the matter, Walter E. Hoffman, of Virginia, was clearly upset by the leaks. He crafted a special grand jury charge in which he said:

But how? The judge said that in the face of the government’s denials of the leaks, he was not prepared simply to accept the reporters’ government-source attributions.

We made a proposal. We would put both sides under oath, the government and the press. We had prepared a written order giving us the right to depose specific Department of Justice officials as well as a group of reporters who had written stories saying the source of their information was “Department of Justice officials.” The U.S. Attorney’s team was apoplectic at the notion of these unprecedented depositions. While they howled, the judge signed.

This put the government in a pressure cooker. The Justice Department tasked the FBI with investigating more than one hundred Department of Justice personnel, all of whom signed affidavits they had not leaked. But either one or more of them were lying, or the score of reporters covering the story were. I believed the reporters, and so did the judge.

The press, of course, went berserk at the prospect of being obliged to answer our questions under oath, and reporters and their prominent publishers threatened to accept jail sentences before they revealed sources. But as far as we were concerned, they already had revealed their sources. It was all right there in the first paragraph of their published pieces — their source was Department of Justice officialdom! We would have made our case by just asking whether, when they wrote that their source was the Department of Justice, they were telling the truth. There is no way they could have legally avoided answering that question. Jail was in the foreseeable future.

In the end, the safety device on the pressure cooker blew. Every person in the Justice Department with knowledge of the investigation had sworn to the FBI they had not leaked. Obviously, one or more had lied, and the government recognized it. Their people faced perjury charges, reporters faced contempt sanctions and the government faced the risk its leaks had fatally infected the case against the Vice President. The result was the government yielded to the pressure and agreed to permit Vice President Agnew to take a nolo plea — to accept a conviction without admitting guilt and to resign with light fine. That was it.

The press, of course, was outraged. What great irony. They had taken the government’s handouts, which provided the factual basis for our move to achieve the exact result they denounced. 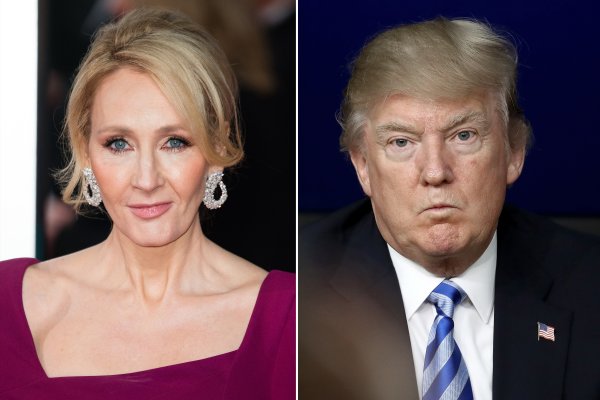 Here's How J. K. Rowling Would Like Londoners to Welcome President Trump
Next Up: Editor's Pick