President Donald Trump announced Wednesday morning that he was nominating Christopher Wray to serve as FBI Director, a position that has remained vacant since he fired James Comey last month.

Wray, who Trump interviewed at the White House late last month, still needs to be confirmed by the Senate. A graduate of Yale Law School and veteran of the George W. Bush administration, he has extensive experience in both government and the private sector. And unlike other potential nominees Trump was considering — such as Joe Lieberman and Trey Gowdy — he has never served in electoral politics, making him more in line with previous FBI heads.

Here’s what you need to know about Trump’s newest nominee.

Christopher Wray has experience in government and private law practice

Wray has spent time in both the public and private legal sectors since graduating law school 25 years ago. From 1997 to 2001, he served as an Assistant U.S. Attorney for the Northern District of Georgia. In May 2001, at the beginning of the George W. Bush administration, he joined the Department of Justice as Associate Deputy Attorney General. He served as Assistant Attorney General for the Department’s criminal division from 2003 to 2005; part of his job included responding to the 9/11 attacks.

Since 2005, Wray has served as a partner at the law firm King and Spalding, where he oversees the “Special Matters and Government Investigations Practice Group.” He typically represents companies involved in government investigations.

He was Chris Christie’s personal lawyer during the “Bridgegate” scandal

Part of Wray’s work at King & Spalding included representing New Jersey Gov. Chris Christie when he was embroiled in a scandal surrounding the closings of lanes to access the George Washington Bridge, according to his law firm biography.

Christie found himself under fire when emails from two of his allies revealed that 2013 lane closures on the George Washington bridge had been intended as political payback against a local mayor who didn’t endorse the governor’s reelection campaign. Christie never faced criminal charges in the case, although it damaged his bid for the presidency in 2016, and two of his associates were convicted. Shortly after Christie dropped out of the presidential race, he endorsed Trump, and briefly chaired his transition team until he was replaced in that role by Vice President-elect Mike Pence.

Wray needs to be confirmed by the Senate in order to serve as FBI Director. Directors are typically sworn in for decade long terms to remain as apolitical as possible. These confirmation votes, which have been in place since 1972, do not have a recent history of partisan contention. Comey was confirmed 93-1 in 2013. In 2011, the Senate voted unanimously to extend the tenure of Robert Mueller.

But in the era of the Trump presidency — especially after his firing of Comey and the numerous reports that followed of Trump trying to apply political pressure to FBI investigations — there is no telling what might happen. 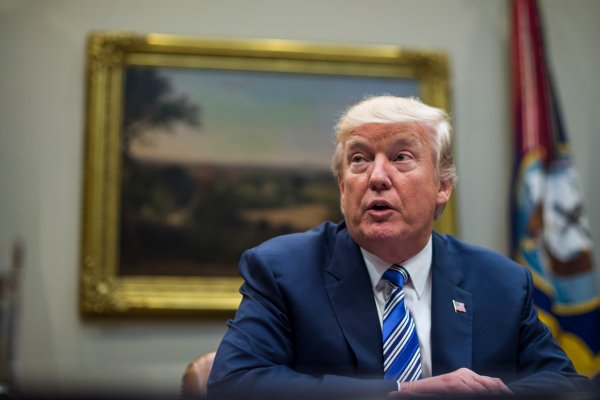