In a tweet early Wednesday morning, President Donald Trump announced he has picked Christopher A. Wray, a former assistant attorney general, to be the new Director of the FBI.

The pick, which still needs approval by the Senate, comes after the White House said Trump was interviewing two FBI candidates in late May, one of whom was Wray, according to the New York Times. Wray is a former assistant attorney general who oversaw the criminal division under President George W. Bush, according to the Times. Wray also represented Gov. Chris Christie in the “Bridgegate” scandal, according to NJ.com.

Wray will replace James Comey, the former FBI Director Trump fired in early May. Comey was a top official who lead a criminal investigation into whether or not Trump’s advisers colluded with the Russians to sway the results of the 2016 presidential election. 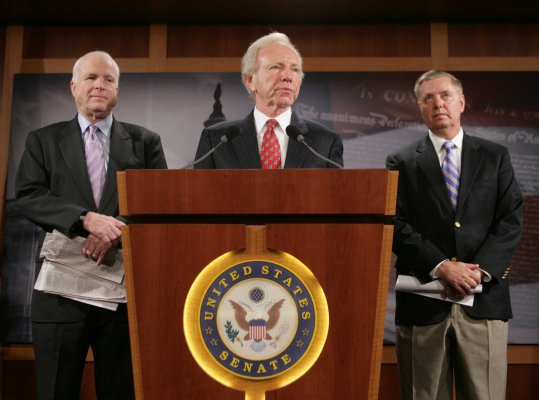 Lieberman Withdraws From FBI Director Consideration
Next Up: Editor's Pick