South Korea Calls For a Halt to the Deployment of U.S. Missiles

The South Korean government is calling for a suspension in the deployment of U.S. missiles in the country, according the Yonhap news agency.

The agency reports that the office of South Korean president, Moon Jae-In, is calling for a halt in the rollout of the Terminal High Altitude Area Defense (THAAD) missile system pending environmental impact reports, which could take a year to complete.

Moon, a reformist liberal, is expected to pursue a more conciliatory policy with Pyongyang, which has expressed bellicose opposition to THAAD missiles, as has Beijing, which fears the encroachment of THAAD’s powerful surveillance system on its territory. There have also been protests against the missiles in South Korea.

Deferring the full deployment of THAAD (currently only two out of six launchers are in the field) would appear to put the Moon administration at odds with its own defense ministry, which is reportedly keen to have THAAD as a defense against Pyongyang’s increasingly advanced missile capabilities.

According to Yonhap, a presidential probe concluded that the ministry had minimized the impact of THAAD’s deployment in a bid to have the missiles rolled out more quickly.

THAAD launchers “that have yet to be deployed will have to wait,” an unnamed official in Moon’s administration told Yonhap. 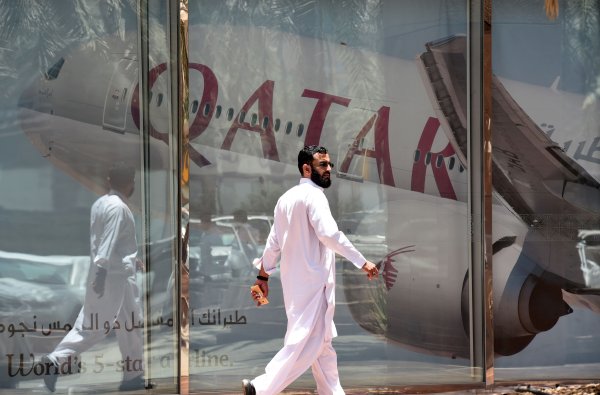 U.S. Points to Russian Hackers in Qatar Crisis
Next Up: Editor's Pick