If you believe Cher, a musical about her will be headed to Broadway after all.

Earlier this year, a staged reading of a musical about Cher’s life and career took place. Now, according to the icon herself, the project is set to become a reality.

On Tuesday, Cher tweeted, “Just got off phone w/Writer & Director of musical. There Will [be] performance in THEATRE WITH ACTORS,DANCERS,SINGERS!! IT’ll [be] ON BROADWAY 2018.”

Back in January, Cher observed a reading of the proposed Cher: The Musical (also referred to as The Cher Show by some media), which featured three actresses playing her at different stages of her career. According to Playbill, characters also include ex-husbands Sonny Bono and Gregg Allman, who died late last month, as well as her The Player and Come Back to the 5 & Dime, Jimmy Dean, Jimmy Dean director Robert Altman, iconic designer Bob Mackie, and more.

Among her hits reportedly included in the show are “If I Could Turn Back Time,” “I Got You Babe,” “Believe,” and “Gypsies, Tramps, and Thieves.”

She gave a rave review on Twitter, writing, “Just walked Of the musicalI SOBBED & LAUGHED,& I WAS PREPARED NOT 2LIKE IT. AUDIENCE CLAPPED AFTER SONGS,& GAVE IT STANDING OVATION.”

Jason Moore directed the reading from a book by Rick Elice, and Jeffrey Seller (Rent, Avenue Q, Hamilton) is producing. 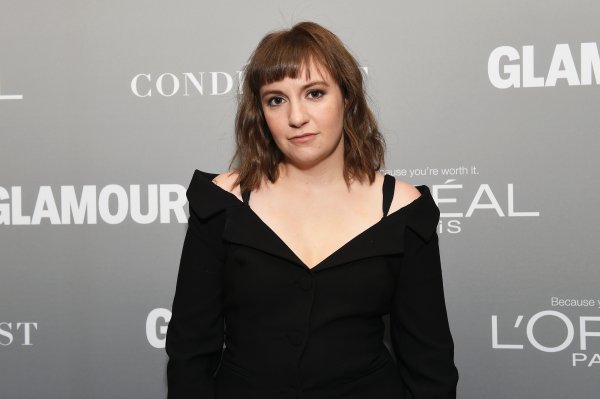 Lena Dunham Endorses Jeremy Corbyn in U.K. Election: 'Get Out and Vote for the Labour Party'
Next Up: Editor's Pick