Theresa May Will Change U.K. Human Rights Laws if They 'Get in the Way' of Fighting Terrorism

British Prime Minister Theresa May has said that human rights laws will be changed under her government if they “get in the way” of the country’s fight against terrorism.

Addressing Conservative Party activists in the British town of Slough on Tuesday, May said she would “restrict the freedom and movements of terrorist suspects when we have enough evidence to know they are a threat, but not enough evidence to prosecute them in full in court,” according to the BBC. She also said she would make it easier to deport foreign terror suspects.

“If our human rights laws get in the way of doing it, we will change the law so we can do it,” she added.

Voters will go to the polls in a snap general election on Thursday, less than a week after a terrorist attack killed seven in the U.K capital.

In the wake of the London attack and Manchester concert bombing last month, security issues have come to the forefront of the national debate.

The opposition Labour Party said that May’s words were “not the message that we should be sending.” 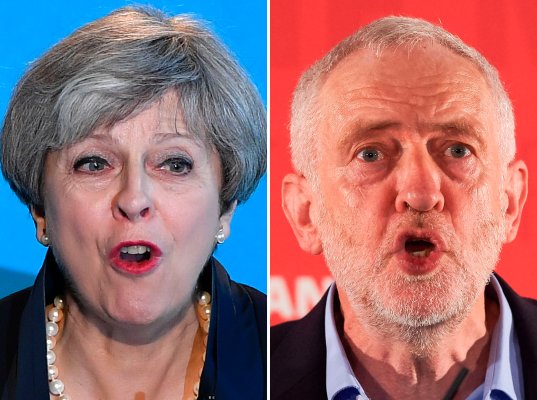 Everything to Know About the U.K.'s General Election
Next Up: Editor's Pick