Goitein is co-director of the Liberty & National Security Program at the Brennan Center for Justice; she previously served as counsel to U.S. Senator Russell Feingold.

Plenty of Americans will be breaking out the popcorn for tomorrow’s must-watch Congressional testimony by James Comey. The recently fired FBI Director has a habit of making news when he testifies, often using congressional hearings to debut major revelations. Even though he’ll be careful not to editorialize too much — he is highly protective of his reputation and will want to avoid anything that looks like payback for his pink slip — simply answering lawmakers’ questions could still elicit quite a show.

But the spectacle shouldn’t distract us from the seriousness of the underlying issues. While the entertainment value of the Trump versus Comey show is admittedly high, it’s dwarfed by what’s at stake. And many of the most important questions may go unanswered — or even unasked.

The testimony will probably reveal little about the investigation into whether Russia colluded with the President’s campaign. Comey pre-cleared his testimony with Special Counsel (and former FBI director) Robert Mueller. As part of that process, Comey undoubtedly agreed to steer clear of substantive questions about Russian interference with the election or collusion with campaign officials. He will have nothing to say, for instance, about the recently leaked NSA memo finding that Russia tried to breach our voting systems, other than perhaps to condemn the leak.

On Trump’s efforts to shut down the investigation, Comey could have a longer leash. Although this issue, too, might be a focus of Mueller’s inquiry, the circumstances are different: Comey’s role here is that of witness, not former head of the investigation. He would only be testifying about what he personally saw and heard, much of which is already the subject of public reports. That means he may have more leeway to answer questions, and we could potentially get some important new information.

Trump’s allies on the committee, however, will likely do their best to deflect attention to the leaks that brought the evidence of obstruction to light. This has been the distraction of choice in previous committee hearings on the Russia investigation — and Comey can be relied on to denounce leaking in all its forms. But it’s important to remember: Not all leaks are illegal, let alone dangerous. Information about a president’s attempts to stop the FBI from investigating his aides would not qualify as national-defense information under any law. Revealing such efforts is exposing official misconduct — exactly the kind of whistleblowing our laws and policies are supposed to encourage.

With the testimony bouncing back and forth between Trump’s statements to Comey and the leaks that revealed them (with a healthy dose of “I can’t answer that because it’s the subject of an ongoing criminal investigation” sprinkled throughout), some of the most important questions about Trump and Russia will probably not even be asked. These are the questions about the nature and extent of the Trump Administration’s ties to Russian interests, quite apart from any evidence of collusion around the 2016 election.

Of course, there’s nothing inherently wrong with an administration official having relationships with citizens of any other country, including Russia. The problem arises when a critical mass of high-level officials have financial or political ties to a hostile foreign government or those working on that government’s behalf. In such a case, it is entirely legitimate to question whether the Administration as a whole can be trusted to act in America’s best interests.

The public needs an answer to this question, and only Congress can provide it. Mueller will limit his inquiry to those Trump-Russia ties that may have violated the law. He won’t be trying to discover, say, how much money particular Administration officials owe Russian banks as a result of lawful financial transactions. That kind of information isn’t relevant to his mandate. But it could cast new light on Trump’s lack of concern about Russian hacking, his disclosure of sensitive intelligence to Russian officials, his disparaging of NATO and any number of other actions that seem so plainly inconsistent with our nation’s interests.

Is Congress taking the big-picture approach? It’s difficult to know, as much of the relevant committees’ work is still happening behind closed doors. And tomorrow’s hearing probably won’t provide many clues, since Comey wouldn’t be the right person to ask about conflicts of interest that fall short of criminal activity. It may still be a blockbuster event: obstruction of justice is no small matter, and Comey is no small witness. Nonetheless, as we sit on the edge of our seats with our popcorn bowls, we’d do well to remember that there are issues at stake in the Russia-Trump investigation that are far less salacious, but every bit as serious. 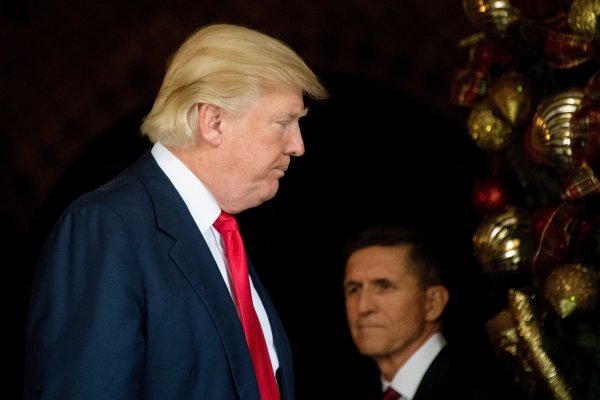 Spiro Agnew's Lawyer: How the Russia Leaks Could Backfire in Court
Next Up: Editor's Pick