The Second Lady has installed a beehive at the vice presidential residence.

Karen Pence, along with Agriculture Secretary Sonny Perdue, announced Tuesday that they have established a beehive at the home she shares with her husband Vice President Mike Pence.

She explained she did it to raise awareness of the dwindling honeybee population, joining the loud chorus demanding awareness about how vital bees are. Honeybees, those insects we have less and less of, pollinate the crops. Without them, U.S. farms are increasingly at risk.

“All types of pollinators, such as bees, butterflies, birds and bats, are critical to providing our nation’s food, fiber, fuel and medicine,” Pence said in her statement. “However, our beekeepers have been losing colonies for many years. This presents a serious challenge to our ability to produce many of the agricultural products that we enjoy today.”

Population levels of more than 700 North American bee species are rapidly declining and a quarter of the honeybees are at risk for extinction, according to a recent Center for Biological Diversity report.

Blame habitat loss and pesticides — some of the causes researchers worry about most.

Home to about 20,000 bees, this isn’t Pence’s first hive. She also established one when her husband, now-Vice President, when he was the Indiana governor in 2014.

The announcement comes a week after President Donald Trump said the U.S. would withdraw the U.S. from the Paris Accord. 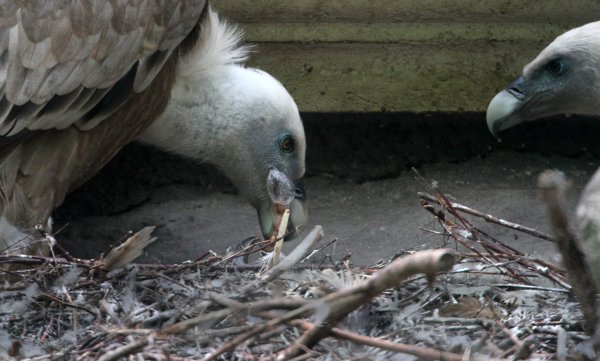 A Gay Vulture Couple Hatched a Chick Together: 'They Proved They Can'
Next Up: Editor's Pick