Matthew Perry Has a Very Specific ‘Recurring Nightmare’ About Friends

These days, it seems like any TV show is fair game for a revival. Roseanne is heading back to ABC in 2018, and Will & Grace is preparing to return to NBC this fall. Why not Friends? One obstacle still keeping that revival from reality is original cast member Matthew Perry.

“I have this recurring nightmare. I’m not kidding about this. When I’m asleep, I have this nightmare that we do Friends again and nobody cares,” Perry says in a new interview with Variety. “We do a whole series, we come back, and nobody cares about it. So if anybody asks me, I’m gonna say no. The thing is: We ended on such a high. We can’t beat it. Why would we go and do it again?”

Perry also discussed his new play, The End of Longing, which is described as “edgy” and “dark.” He told Variety that he would like to continue writing his own material, and that “in the second half of my life, I don’t want to do your standard sitcom television.” (The actor’s most recent series, The Odd Couple, was canceled by CBS in May.)

Perry’s work on The End of Longing is also why he missed the Friends semi-reunion at last year’s prime-time special tribute to longtime TV director James Burrows on NBC. The cast has been known to reunite for a private dinner or two, but as far as a full-on revival is concerned, Lisa Kudrow seems to agree with her co-star: “I don’t see it happening.” 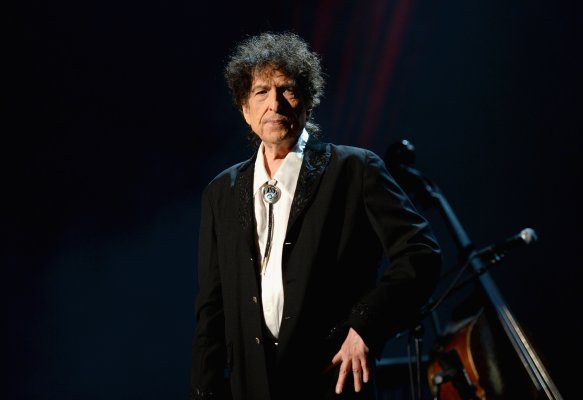 Bob Dylan Explores Whether Song Lyrics Are Literature in Nobel Prize Lecture
Next Up: Editor's Pick