A demonstrator holds a sign during the "Pittsburgh Not Paris" rally in front of The White House in Washington, D.C., on June 3, 2017.
Zach Gibson—Bloomberg/Getty Images
Ideas
By Michael Sweeney

Michael Sweeney is a film and television editor.

Let’s talk about President Donald Trump’s “Pittsburgh not Paris” slogan. It may seem like an ill-conceived line about manufacturing. But it goes beyond that. It’s also about gender. Let me explain.

Quickly picture in your mind the first person who appears when “Pittsburgh” is mentioned. For most people, it’s not a doctor or scientist — it’s a hard-hatted steelworker, working in a mill, pores caked with soot.

Now picture the first person who comes to mind for “Paris.” It’s perhaps a pencil-mustached French waiter. Or a mime.

These are stereotypes and, in both cases, inaccurate. But Donald Trump, for all his ignorance, understands stereotypes are useful in political messaging: Voters quickly and effortlessly understand them. When Trump says “Pittsburgh” and “Paris” his audiences automatically and subconsciously make these associations.

Trump knows that voters don’t vote their self-interest. They vote for their values and identity. Cognitive linguist George Lakoff has, without much success, been trying to educate Democrats on this truth of political messaging for decades. Lakoff’s work urges progressives to create messages that represent their values rather than simply the details of their policies. Voters wisely understand that the details of policy are murky, but that they can trust politicians who share their values to represent them. For many Americans who voted for Trump, a vital part of their identity and therefore their values is a traditional idea of masculinity.

Progressives should resist the urge to pigeonhole this. This is not only true of men — many women hold these concepts about male behavior in their heads just as strongly. Nor is it about recruiting “manly candidates.” (The last thing Democrats need is more John-Kerry-on-the-motorcycle moments of facile pandering.)

That Donald Trump is a draft-dodger hasn’t stopped him from clearly communicating that he values traditional masculinity. During the 2016 campaign, he successfully reframed many issues through the lens of conservative masculinity. When GOP rivals said he had “New York values” (another city-based stereotype of “weak” liberalism), Trump instantly parried by evoking cops and firefighters on 9/11. When caught on tape bragging about sexual assault, he used men-being-men masculinity as a shield.

But the ideas of masculinity evoked by “Pittsburgh” are amplified and exploited by people who have a far more frequent presence in voters’ lives than politicians: advertisers. Companies often weaponize masculinity to sell “non-masculine” products to men: soap, diet soda, light beer. It is a challenge to consumers — one that men can meet by purchasing the good being sold.

The most relevant product here is pickup trucks. For practical reasons, pickup trucks are popular in the agriculture and construction industries — an association with stereotypically masculine work car companies use to sell trucks to many men in America who don’t strictly need them to get by but like the lifestyle association they provide. Corporations engineer slogans — “Built Ford tough,” “Like a rock” — and images to evoke toughness, self-reliance, hard work. They come to define masculinity for much more than the few coal miners left.

Extending the logic of these ads: What’s not manly, then? Smaller vehicles, especially Priuses and other eco-friendly cars. If you drive one of these you’re not “a real man.” In fact, if you still choose to drive a Prius, you’re in opposition to not just the occasional person in a dying industry. You’re also opposing the identity of the truck owner — an identity people value. In 2016, the Ford F-Series remained the best-selling vehicle in America by a mile.

It should be no surprise, then, that conservatives pass around memes with text like “You keep your gas mileage, we’ll keep our manhood.” Or that conservatives champion the literally toxic activity of “rolling coal,” in which truck owners modify their vehicles to spew black smoke, then run cyclists and Priuses off the road. These aren’t subtle dog whistles. The connection between disdain for environmental concerns and manliness is explicit.

The appeal to masculine panic is a technique Trump knows well. Thus, the President is able to take a set of policies that materially mostly benefit wealthy financiers (such as infrastructure plans that are, in reality, not construction projects but tax breaks on the rich and corporations) and reframe it through conservative masculinity in a way that makes it seem as if the policies represent the values that appeal to workers. When Democrats publicize that ex-union factory workers will be retrained for “the new economy” as home health-care nurses and Uber chauffeurs, they unwittingly play into this GOP framing.

The Democratic Party elites seem deaf to this messaging strategy and were throughout Hillary Clinton’s campaign. Rather than attempt to frame a competing progressive version, they doubled-down on the appeal of corporate feminism — that a shattered glass ceiling for the nation’s top executive was a sufficient appeal in the face of Trump’s evident unfitness and boorishness.

Union leaders understand this messaging failure. The United Steelworkers put out one of the best political ads of the cycle, which sadly went all-but-unseen. In it, USW worker Jack Tipple, rather than accept Trump’s appeal to traditional masculinity, angrily reframed him as a “soft-handed boss” in opposition to the “brothers and sisters” in the USW.

The same way “Pittsburgh” and “steelworker” exist adjacent in people’s minds, many progressive qualities exist adjacent to masculinity. Honor, fatherhood, stewardship, brotherhood all work within the same paradigm of traditional manly behavior that Trump’s appeal relies on, but without promoting aggression or misogyny. Framing environmental issues through these positive masculine values can reach a new group of voters whose self-interest aligns with the Democratic party, but don’t feel like the current environmentalist rhetoric speaks to their identity.

Progressives today have an opportunity to effectively communicate their values to a group of voters many have written off. The alternative is ceding millions of American minds to Trump’s brand of toxic masculinity. 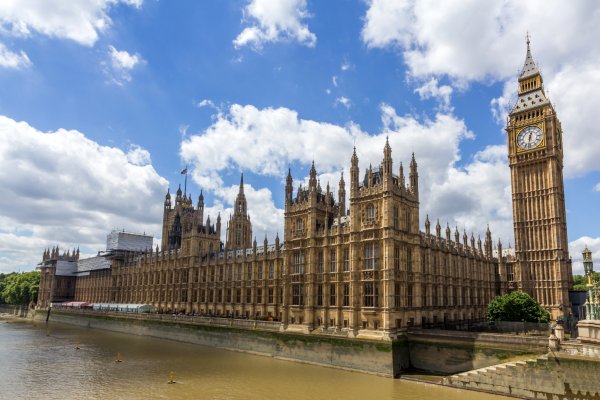 More Women Than Ever Before Elected to Parliament in U.K. Snap Polls
Next Up: Editor's Pick