We Are All Liars — Science Proves It

Want to feel lousy about the state of the human condition? Fire up Google and type in the words “Is it normal to want to…” Surprised that the first or second result is typically “kill?” Want more? Type in the full phrase “Is it normal to want to kill,” and consider that the most common words that follow it are not strangers like “the guy who cut me off in traffic,” but “my boyfriend,” “my brother, “my family,” and “my ex.” Welcome to the secret side of Homo sapiens mind.

None of us would admit contemplating the possibility of whacking a loved one, but none of us would admit, say, how little sex we have either. And yet the truth is out there. Consider that heterosexual women report, on average, that they have sex 55 times per year and use a condom 16% of the time. That comes out to 1.1 billion condoms. When heterosexual men are asked the same questions about sexual frequency and condom use, however, the total comes out to 1.6 billion condoms. Someone’s clearly not telling the truth—and as it turns out, no one is. Only 600 million condoms are sold in the U.S. per year.

Everybody lies — about sex, racism, the way we vote, the things we read, even the way we feel about our children. That makes it a very good time for the straightforwardly titled book Everybody Lies, by big-data expert and pundit Seth Stephens-Davidovitch. It also makes it a good time for the more practical Truth at Work, by Mark Murphy — founder and CEO of the professional training service Leadership IQ — which smartly explains how both bosses and employees can battle the fibbing pandemic, making the workplace, at least, a little more honest.

Of the two books, it is Everybody Lies that’s likely to make you squirm most, because at least somewhere in its pages, you’re certain to get busted for your own dishonesty. You pride yourself on raising your son and your daughter absolutely equally, banishing all gender stereotypes from your household? Maybe. But somebody’s responsible for the fact that searches for “Is my son gifted?” significantly exceed ones that ask the same question about daughters, while parents ask “Is my daughter overweight?” twice as much as they ask if their son is.

Similarly, we all claim to keep our news sources high-brow, and the fact is, there are 27 Facebook likes about stories in The Atlantic for every one about stories in the National Enquirer. But the two publications have roughly equal circulations and score roughly equally in Google searches. Clearly, there are plenty of people who are entirely happy to leap on a story about Elvis’s remains washing up on an island next to Amelia Earhart’s, even if they’d never think of sharing it.

If big data can serve as a mild corrective for our elitist airs or our unexamined gender biases, that’s a good thing. It’s the darker and less tractable matters that data-mining turns up that should leave us all unsettled. Consider that after the 2015 mass-shooting in San Bernardino, which was committed by two ISIS sympathizers, the most frequent Google search in California that included the word “muslims” was “kill Muslims.” Consider that searches that include the n-word spike whenever African-Americans are in the news — the first time President Obama was elected, every Martin Luther King, Jr., Day, even during the coverage of Hurricane Katrina, whose hardest-hit victims were African Americans.

Truth at Work takes on the problem of dishonesty in a decidedly less sweeping way, but it’s one that has everyday relevance for nearly anyone. We are all familiar with bosses who blithely overestimate their understanding of a new product or an old problem — and have no apparent desire to learn; with employees who perpetually deny or reject any criticism; with coworkers who treat every request as a demand, every bit of advice as a hurtful slight.

Murphy prescribes what he calls “Truth Talks” to address these problems and—no surprise perhaps, since this is a business advice book —they have three elements: truth talks must be based in fact, must be designed to create change and should be dialogues, not diatribes. The book is filled with such white-board wisdom: the Four Truth Killers (confident awareness, perpetual resistance, psychological resistance, financial resistance); the SCOUT approach (be Specific, Candid, Objective, Unemotional and Timely), and so on.

All the same, it’s hard to read the book without experiencing some of the same discomfiting recognition Everybody Lies elicits — recalling the last time you either exhibited some of the bad behavior Murphy describes, or at least reacted to it poorly when it was aimed your way. And Murphy is right that in most situations, a little truth-telling, even if it’s a hard truth you tell yourself, can help a lot.

Nobody pretends we’re living in honest times. It was a dozen years ago that Stephen Colbert, in his faux bloviator role, coined the term “truthiness,” and we could all still laugh at the casual dissembling of too many of America’s leaders. Now, in the era of “alternative facts” and a President who howls “Fake news!” at stories that may be uncomfortable but are very much real news, the laughter is strained. A cold slap of regular truth-telling would do us all some good. 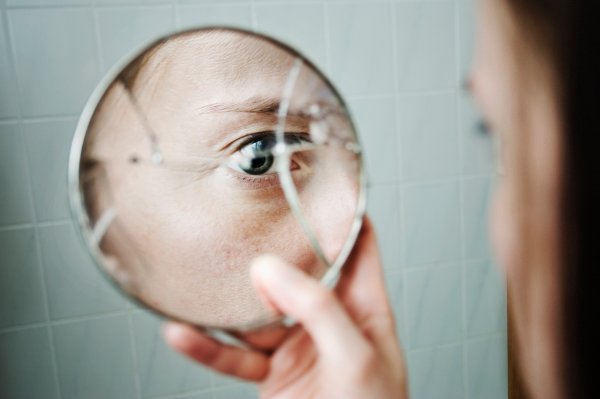 How to Become More Self-Aware, According to Research
Next Up: Editor's Pick