Pope Francis: Protecting the Environment Is the ‘Responsibility of Everyone’

Pope Francis tweeted a message about humanity’s collective responsibility to care for the Earth on Monday, just days after President Donald Trump announced the U.S. would pull out of the Paris climate agreement.

“We must never forget that the natural environment is a collective good, the patrimony of all humanity and the responsibility of everyone,” the Pope tweeted.

The environment and caring for the Earth are key issues for the Pope, who penned an encyclical on climate change in 2015. That encyclical, titled “Laudato Si,” is considered both a searing indictment of the world’s failure to protect the environment and a call to action.

The Pope gave Trump a copy of the encyclical during the President’s trip to the Vatican in May. Trump said at the time he would read the document.

Last week, Trump announced that the U.S. will withdraw from the Paris climate agreement, a multi-nation pact to reduce greenhouse gas emissions in order to curb global warming. 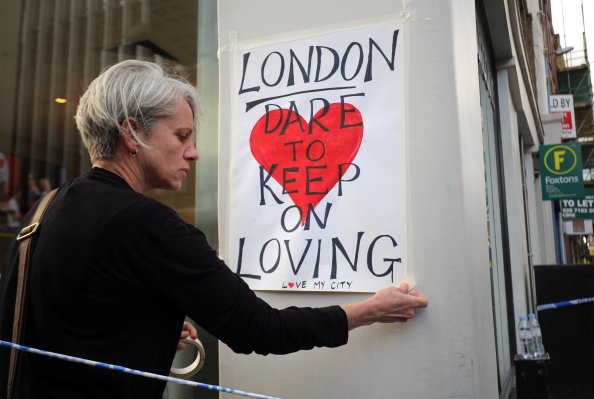 This Teenager Tweeted for Help After the London Attack. Londoners Came to His Rescue.
Next Up: Editor's Pick