Women Are Judged Whether They Take Maternity Leave Or Not

Whether or not a new mom takes maternity leave seems to affect her coworkers’ opinions of her. According to new research in the Journal of Experimental Social Psychology, she’s “damned if she does and damned if she doesn’t,” says the study co-author Madeline Heilman, professor of psychology at New York University.

The study—which included nearly 200 working men and women in the United States and the United Kingdom—found that women are viewed less favorably when a new baby was in the picture, regardless of their maternity-leave plans.

People in the study were divided into three groups and asked to evaluate a fictional woman working for a fictional company. In one scenario, the woman mentions she’ll be going on leave soon; in the second, she is pregnant but choosing not to take time off. In the third, pregnancy and maternity leave are not mentioned.

The average age of people in the study was about 33, and 71% had no children of their own. Reactions to the woman who did not take maternity leave were a bit more extreme among U.K. respondents—perhaps because fewer new moms opt out of the policy in Europe, says Heilman.

But in general, opinions did not differ based on age, gender, nationality or parental status. This suggests that negative attitudes about working mothers are universal and pervasive, the authors say. While it’s “imperative to introduce policies that enable parents to reconcile family and work demands,” they wrote in their paper, “we should be cognizant that the availability of these policies can inadvertently bring pressures of their own.”

Heilman says that society must work harder to fight these stereotypes. But unfortunately, she adds, the burden falls on women to counteract them as best they can.

“The only advice I can give is to be aware that this is happening, and try to get out in front if it,” she says—whether that means speaking frankly with your coworkers, staying in touch with the office while you’re out on leave or simply being mindful about how you divide your time between work and home life.

“I do a lot of research on gender stereotyping, and I wish I had better solutions,” says Heilman. “But the sad truth is, women are really between a rock and a hard place when making this decision.” Because these stereotypes are shown to be stubbornly resistant to change, the authors wrote in their paper, “it seems unlikely that working mothers will escape this dilemma any time soon.” 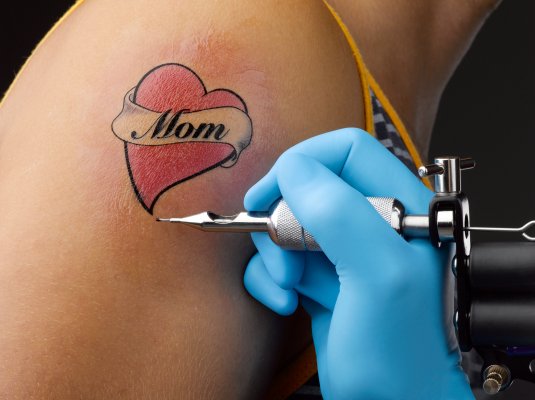 Here's Why a Man Died After Swimming With a New Tattoo
Next Up: Editor's Pick