Kathy Griffin said President Donald Trump “broke” her and ruined her career following intense backlash she received over a photo in which she is gripping his fake, bloody head.

The comedian, who was fired by CNN and dropped from a Squatty Potty ad this week, got emotional at a news conference Friday, as she apologized again for the image, which she said sparked a Secret Service investigation. Griffin also said bullying from Trump and his family has destroyed her life.

“I don’t think I’m going to have a career after this. I’m going to be honest, he broke me,” Griffin said, breaking into tears. “A sitting president of the United States and his grown children, and the First Lady, personally, I feel, are trying to ruin my life forever.”

“It was a parody of Trump’s own sexist remarks taken to an extreme absurdist visual,” Griffin’s attorney Lisa Bloom said. “Kathy teamed up with a photographer to mock Trump, our mocker-in-chief, [to show] what would it look like if his own insults were turned on him.”

The photo shows a straight-faced Griffin holding up a fake, decapitated Trump head, which is covered in dripping blood. It drew outrage from both sides of the political spectrum, including Trump’s family.

The President said on Twitter Wednesday that Griffin “should be ashamed of herself” for the “sick” stunt, adding that his 11-year-old son, Barron, was having a “hard time with this.” First Lady Melania Trump said in a statement: “As a mother, a wife, and a human being, that photo is very disturbing. When you consider some of the atrocities happening in the world today, a photo opportunity like this is simply wrong.”

The President’s son, Donald Trump Jr., criticized the comedian in a series of tweets in which he accused Griffin of issuing a “phony apology” and repeatedly called for CNN to sever ties with Griffin.

Griffin had apologized for the image, saying in a video Tuesday that she “crossed the line” and “was wrong.” “It wasn’t funny. I get it,” she said, admitting that it was “too disturbing.”

CNN dumped the two-time Emmy award and Grammy award-winning as co-host of its New Year’s Eve live show, the cable news network announced Wednesday. A day before, Squatty Potty, a toilet stool company, said it suspended its ad campaign that Griffin starred in. 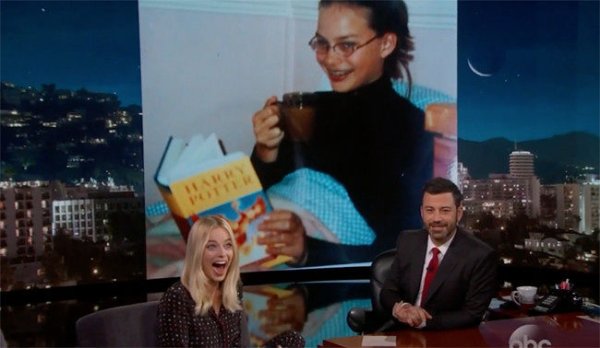 Watch 10 Celebrities Cringe at How Dorky They Used to Be
Next Up: Editor's Pick